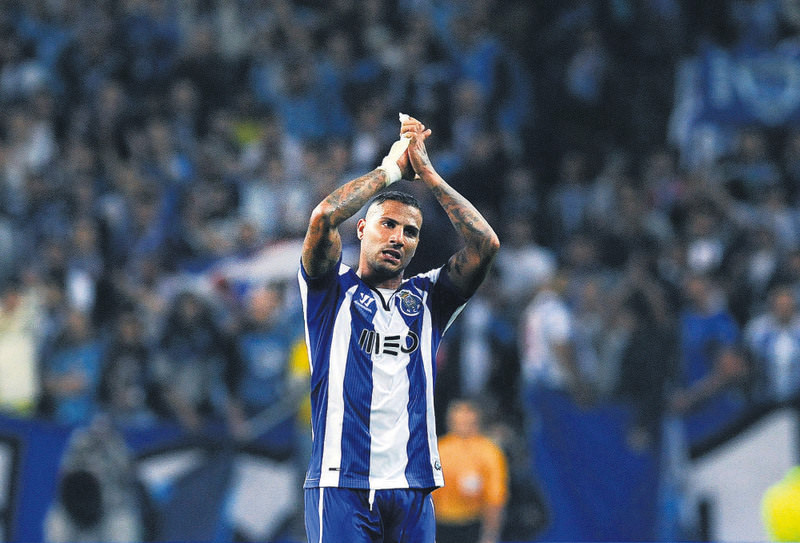 by reuters Apr 17, 2015 12:00 am
Ricardo Quaresma's brace in the first 10 minutes against Bayern Munich was another tantalising glimpse of what might have been if the mercurial forward had harnessed his talent more effectively. At the age of 31, Quaresma, who inspired Porto to a 3-1 win in Wednesday's quarter-final first leg, seems to be trying to make up for lost time after a career punctuated by tantrums and criticism that he does not play for the team. Raised at the Sporting Lisbon youth academy at the same time as Cristiano Ronaldo, many felt at the time that Quaresma was the more likely of the pair to set the football alight. Instead, Ronaldo has gone on to become the world's top player while Quaresma's misfortunes have included being kicked out of Turkish club Beşiktaş and missing out on three successive World Cups. An early move from Sporting to Barcelona failed to work out, as Quaresma became frustrated at being left on the bench by Frank Rijkaard. He left after one season and moved to Porto, where coach Jesualdo Ferreira took him under his wing and coaxed the best out of the temperamental forward. Quaresma enjoyed four successful seasons with the Dragons before taking the plunge with Jose Mourinho's Inter Milan, but quickly found himself out of favour. He was enticed to Chelsea on loan by former Portugal coach Luiz Felipe Scolari. However, the Brazilian was fired just after Quaresma arrived and he again found himself out of favour, making just four appearance in six months. Quaresma returned to Inter, where he effectively sat and watched from the bench as Mourinho's side swept to a treble. "I made the wrong decisions at key moments in my career. I wanted everything quickly, and this only harmed me," Quaresma admitted in an interview last year with O Jogo. From that point, it went from bad to worse; Quaresma went to Beşiktaş but fell out with coach Carlos Carvalhal, at one stage allegedly throwing a water bottle at him, and the club terminated his contract six months earlier. He then moved to the United Arab Emirates and joined Al Ahli, but failed to settle there either. However, at the start of 2014, Porto came to the rescue. He was greeted by 10,000 fans at his first training session and quickly found himself back in favour. Critics say Quaresma is a new player this season, unselfish and prepared to accept being left on the bench or substituted.
RELATED TOPICS