FIFA and UEFA threaten Greece with suspension over new law 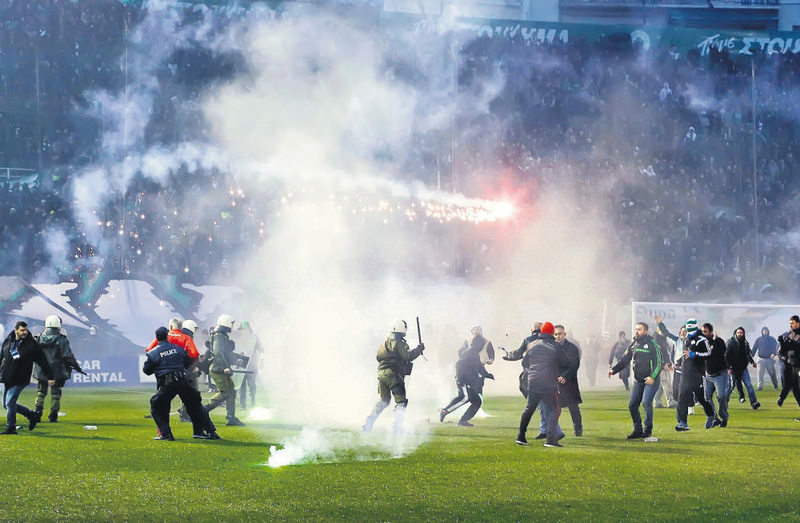 by reuters Apr 24, 2015 12:00 am
Greece's Football Federation (EPO) could be suspended from international soccer over government interference should a proposed new sports law be voted in, FIFA and UEFA have warned.

Following continuous problems with crowd trouble, the Greek government has put together a new set of regulations in an attempt to crack down on violence at sports events.

FIFA and UEFA have strict rules aimed at protecting member federations' independence in running their own affairs and sent a joint letter to EPO president Giorgos Girtzikis warning that it "would have no option but to refer the case to the relevant bodies for immediate sanctions, including the suspension of the Hellenic Football Federation (EPO)."

The bill, entitled "Measures for the confrontation of violence in Greek sports and other provisions", will be initially reviewed by the Cultural Affairs Committee from April 27-30 and then discussed in parliament on May 4-5. Stavros Kontonis, Deputy Minister for Education, Culture and Religious Affairs, criticised FIFA and UEFA in a strongly worded media statement, accusing both governing bodies of showing little interest in helping solve the issues of violence which have caused matches in Greece to be suspended three times just this season.

"It appears that they are not interested in solving the evils plaguing Greek football, but are instead seeking ways to offend the Greek constitutional order and the Greek people, especially the country's football fans, which have to put up with the current scene of rot and corruption, something which the government is trying to overturn," Kontonis said.

Kontonis has invited FIFA and UEFA to Athens ahead of the planned three-day discussion of the bill. "We hope that both federations understand the serious, accumulating problems of Greek football and that they will engage constructively and actively in the process of consolidation, democratisation and transparency," he added.
RELATED TOPICS