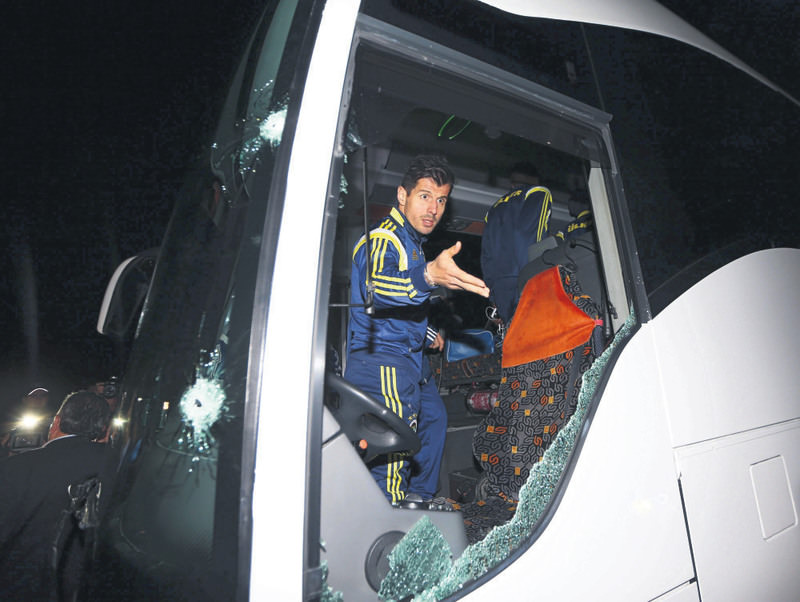 by Mehmet Ali Berber May 01, 2015 12:00 am
Interior Minister Sebahattin Öztürk said during the last week's Cabinet meeting that a total of 1,915 violent incidents were reported since the enactment of "the Law on the Prevention of Violence in Sports" in April 2011. Within the same period, 9,132 people were subjected to legal proceedings for illegal action during or after the match. Among them, Beşiktaş supporters come first with 8 percent followed by Galatasaray, Fenerbahçe and Bursaspor with 6 percent, each.

Istanbul, where Turkey's big three football teams are based, has the highest number of violent incidents in sports with 18 percent. Respectively, İzmir, Adana, Trabzon, Bursa, Samsun, Kayseri and Eskişehir follows Istanbul in the list. Over 50 percent of the incidents happened in these nine cities.

Analyses demonstrated that violence is observed not in sports activities, but football matches. The incident rate in basketball and volleyball games are much lower than those in football matches. A total of 9,034 incidents were reported in football matches, while there were only 84 reported incidents in basketball games and 11 in volleyball. The most interesting finding is that 90 percent of the incidents happened during the games. Aside from the high incident number, 4,660 of 9,132 people subjected to legal proceedings were banned from sports activities. Two people received imprisonment, while 176 people were served with a fine.

Chaired by President Recep Tayyip Erdoğan, the Cabinet meeting also discussed necessary measures to avoid violence in sports. Adopted to overcome hooliganism, the e-ticket system Pasolig was in the meeting's agenda. It was reported that 180 incidents happened and legal action was carried out for 1,844 people during the period from April 14 to Dec. 31 2013, when the Pasolig system had not been yet introduced. Within the same period last year, 119 incidents were reported and 1,301 people were subjected to legal proceedings. The number of incidents decreased by about 30 percent after the introduction of Pasolig.