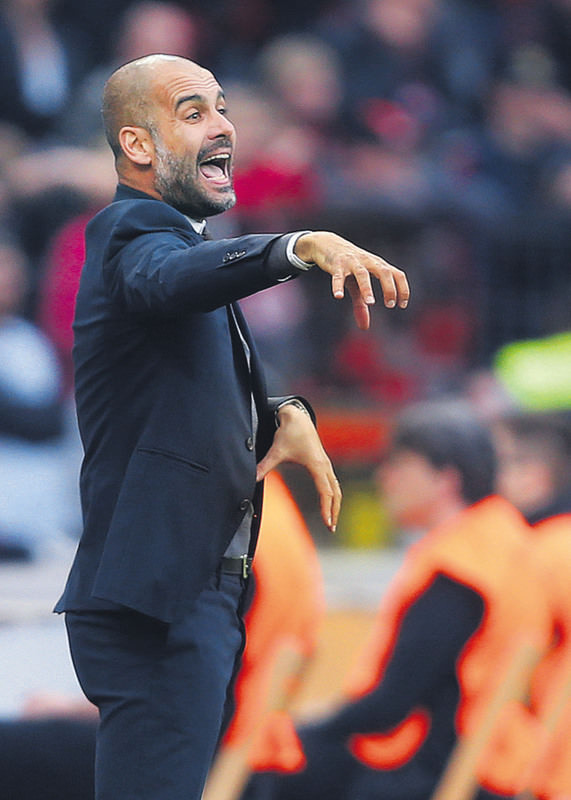 by May 05, 2015 12:00 am
Pep Guardiola will return to the Camp Nou with the away side for the first time on Wednesday as Barcelona's former coach takes Bayern Munich to the Catalan stronghold in the first-leg of their Champions League semi-final.

As a player Guardiola was a key cog of the Barca side that won their first ever European Cup in 1992. And as a coach he led the club to 14 trophies, including two Champions Leagues titles during a glorious four-year spell between 2008 and 2012.

However, he now must find a way to outwit former team-mate and friend, the Barcelona coach Luis Enrique, and a host of his former charges who are in sensational form.

Having won 26 of their last 28 games in all competitions, Barca are on course to repeat the historic treble of La Liga, Champions League and Copa del Rey, which they won in Guardiola's first season in charge.

"There is a good relationship there, because we've known each other for so long," said Barca midfielder Andres Iniesta.

"We went through a lot together and, therefore, it will be nice and special for everyone."

The tie could even see brothers come face-to-face as former Barca midfielder Thiago Alcantara returns to his former club where younger brother Rafinha is now a first-team regular.

Revenge could also be on Barca's minds, though, as they suffered their heaviest ever European defeat in a 7-0 aggregate thrashing by Bayern at this stage of the competition two years ago.

"These games are surrounded by tension given what you are playing for and because it is just one step from the final," added Iniesta.

"Moreover, the season is going great and we are just a little away from achieving our objectives. These are all extra elements which add to the game, but the key is to enjoy what you are doing."

Thomas Mueller certainly enjoyed the meeting two years ago as he scored three times over the two legs and the German World Cup winner is hoping those good memories will lift a Bayern side that has struggled for fitness and form in recent weeks.

"It was a great experience, we played brilliantly back then and had the whole footballing world marvelling at us," he said.

"I will certainly arrive at the stadium on Wednesday with a positive feeling."

Bayern's top-scorer Robert Lewandowski looks set to play with a protective face mask despite breaking his nose and cheekbone in last week's penalty shoot out defeat to Borussia Dortmund in the German Cup semi-finals.

The German champions will be without Arjen Robben, Franck Ribery, David Alaba and Holger Badstuber through injury, though.

By contrast, Barcelona are at full-strength and in top form having struck 16 goals without reply in their last two games.

The stellar front three of Lionel Messi, Luis Suarez and Neymar registered 11 of those goals to take their tally for the season to 108, along with 50 assists.

However, Mueller is confident that Guardiola's inside knowledge could give them the upper hand.

"The coach knows this team better than anyone else.