Disappointment but hope for Real Madrid 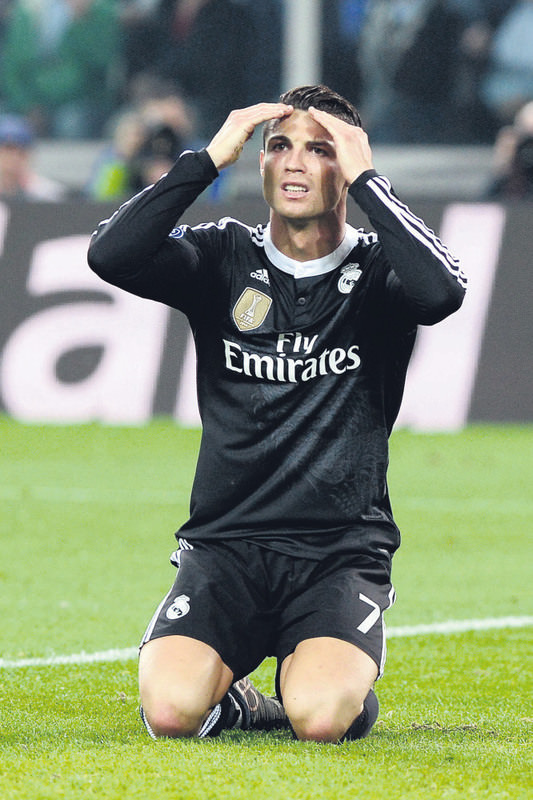 by May 06, 2015 12:00 am
There were both positive and negative judgements in the Madrid spring air Wednesday, after Real's 2-1 defeat at Italian champions Juventus in the first leg of the Champions League semi-finals. The positive judgements centered on the fact that it was by no means a heavy defeat, while the negative dwelled on a sluggish, imprecise dsiplay from the reigning European champions. "This is the least painful of all the possible defeats," radio station Cadena SER commented. "The away goal scored by Cristiano Ronaldo could turn out to be of massive value." Sports daily AS said that Real have prevailed in the second leg four times out of seven after losing the first game 2-1. However, the last time that the whites lost 2-1 in a first leg - against Bayern Munich in the semi-finals in 2012 - they ended up going out on penalties in their own Estadio Bernabeu. AS accepted that "the tie is now more complicated than it seemed to be when the draw was made two weeks ago...Real were poor in midfield without (injury victim Luka) Modric, and vulnerable in defence. This Juventus team will be very hard indeed to beat in the Bernabeu." AS criticized Real coach Carlo Ancelotti for playing defender Sergio Ramos in midfield - calling this "a disastrous experiment" - and for fielding Gareth Bale "who is clearly still not match fit" in attack instead of the in-form Javier Hernandez. Rival daily Marca preferred to take a more positive line, with the headline "Just One Goal Away From Berlin" (host city for the final). Cadena COPE, however, commented that a team which had cost around five times the money spent by Juventus on its players should really have done better. "Real have the three of the most expensive players in the world (Ronaldo, Bale and James Rodriguez) but nonetheless lost to a Juventus side worth a fraction of the cost." Rodriguez, who hit the Juventus crossbar with a diving header, said: "This defeat is really not so bad. In the Bernabeu we will have to go out to kill them off. "They were a bit lucky tonight. We created more clear chances than they did." Regarding the return match in Madrid on May 13, El Pais said that one of the key factors would be the attitude of Juventus. "If they come here simply to play out time and draw 0-0 - as Atletico Madrid seemed to do in the quarter-finals - then they will probably lose. But if they come with the intention of attacking and scoring at least one away goal, then they will have a good chance of going through."
Last Update: May 06, 2015 10:57 pm
RELATED TOPICS