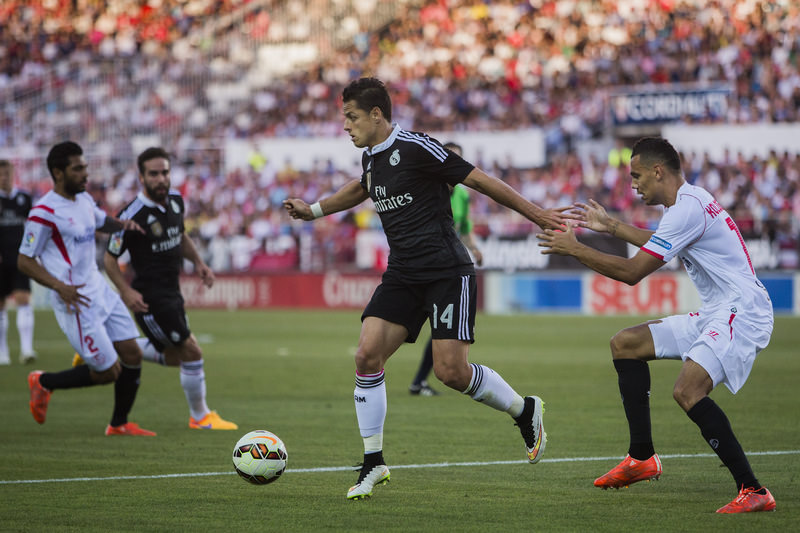 The Spanish Football Association said that it will suspend all end-of-season games because of a dispute with the government over television rights and pools revenue. The suspension, will affect more than 600,000 players, 30,000 matches and 15,000 amateur clubs

One of the world's two most popular football leagues, the Spanish La Liga, has become an arena similar to one of the country's famous bull fights. To the footballing world's horror, Spain's football association is suspending all league and cup matches from May 16 in protest at a proposed law on the sale of television rights and the division of earned income.

The association has underlined that the decision was taken by its board of directors on Wednesday. So what is the problem? First of all, it is a power struggle between the government and the association. And the other important point is of course how a great deal of money will be shared.

The crisis has emerged following the government approval of a law on April 30, although it still needs to be approved by parliament. It aims to regulate the rights to broadcast first and second division games as well as Copa del Rey and Super Cup matches.

Currently, individual clubs negotiate their own TV contracts and big clubs like Real Madrid and Barcelona claim large TV rights incomes, leaving smaller and less well-known clubs often struggling for money. The law aims to bring Spanish football in line with how English and Italian football leagues are marketed, and will correct existing "imbalances" in earnings that allow top clubs to claim a disproportionate amount of the TV income.

Most of Spain's 42 professional clubs were pressing governing bodies to negotiate a collective rights deal similar to that employed by the English Premier League, which in February struck a deal for 2016-19 worth about 5 billion pounds for the domestic rights alone.

New rules, coming into force in 2016, will see rights to show La Liga pooled and sold collectively, bringing it more in line with the Premier League. The deal, which could see broadcasters pay far more, will still benefit the bigger clubs but to a lesser extent.
A ministry spokesman said the changes allow Spain to "adapt to modern times."

The ruling will regulate the rights to transmit games in the Spanish first and second divisions as well as the Copa del Rey and Super Cup competitions.

Meanwhile, Spain's professional league (LFP) has begun legal action to block a decision by the (RFEF) to indefinitely suspend competition from May 16. The law is strongly supported by the LFP. However, both the RFEF, and its influential president Angel Maria Villar, and the players' union (AFE) have come out against the legislation and the two organizations have backed halting competition across all Spanish football.

Spanish law gave the LFP the right to organize professional competition and set the calendar for matches, the league argued, and called for those involved in voting for a suspension to be subjected to disciplinary measures.

At present, only Spanish and Portuguese clubs sell their rights on an individual basis, creating the disparity that last season made Real Madrid over 140 million euros from television income and Granada around 12 million euros. In England, the champions Manchester City earned 60 million pounds through TV, while relegated Blackburn Rovers and Wolverhampton Wanderers made 40 million pounds.

The final two matchdays in La Liga would both be affected as well as the King's Cup final between Barcelona and Athletic Bilbao at the end of the month.

In the top division, Barcelona lead rivals Real Madrid by two points with three games left to play. This is the third time in four years that the federation has threatened to suspend the football calendar. On the previous two occasions, the dispute was resolved after lengthy negotiations.
Last Update: May 07, 2015 10:50 pm
RELATED TOPICS