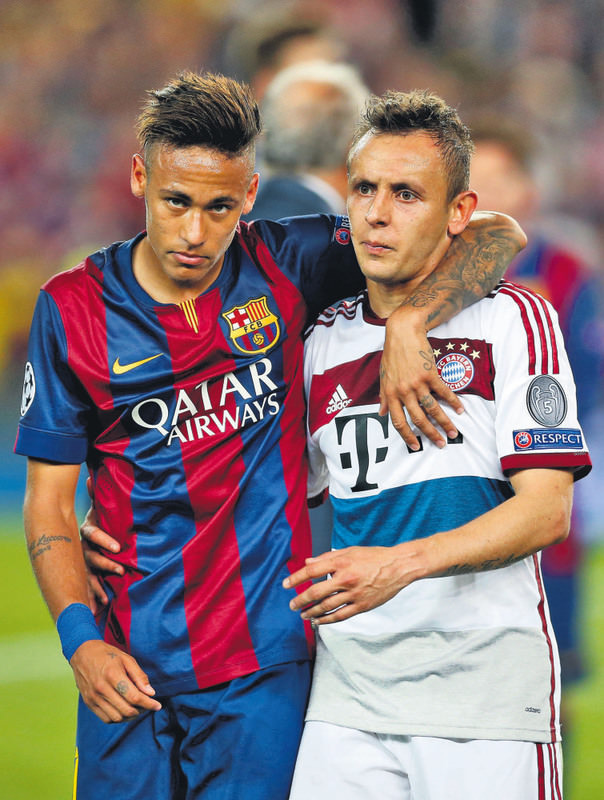 by Compiled from Wire Services May 07, 2015 12:00 am
The last time Bayern Munich visited the Camp Nou, they won 3-0. On Wednesday, they lost at the same ground by the same scoreline on Wednesday. And that makes it very unlikely that the five-time European champions are going to reach the Champions League final in Berlin on June 6. Barring a miracle, the only real question now seems to be according to many commentators: Who will Barcelona face in the final? Bayern Munich boss Pep Guardiola lamented his side's capitulation to a Lionel Messi-inspired Barcelona as the Catalans scored three times in the final 13 minutes to win the first-leg of their Champions League semi-final. Messi turned the tie in Barca's favor with two superb finishes in three minutes as he fired home from the edge of the area before dinking the ball over the impressive Manuel Neuer in the Bayern goal. And he then turned provider in stoppage time by playing in Neymar to all but book Barca's place in the final in Berlin early next month. "After 1-0 it sapped our confidence a bit, the last goal is a shame because with 2-0 we had a chance, but 3-0 it is difficult," said Guardiola, who was returning to the Camp Nou as the opposition coach for the first time after winning 14 trophies in four years as Barca boss between 2008 and 2012. "They have a great goalkeeper, he stopped Luis (Suarez) in a one-on-one, but it was important to score," said Messi. "We know how good Bayern are, they like to have the ball, they will be strong at home, but thankfully we managed to get the goals." The 27-year-old recaptured the record for Champions League goals from Real's Cristiano Ronaldo and now has 77, including a competition-best 10 in the latest edition. Guardiola's former teammate and friend, Barca coach Luis Enrique, admitted his job is made a lot easier by having Messi in his side. Guardiola had described Messi as "unstoppable" in his pre-match press conference. Bayern came from 3-1 down in the quarter-finals against Porto with a stunning 6-1 second-leg victory at home, but forward Thomas Mueller admitted doing so against Barca is a different story.
Last Update: May 07, 2015 11:23 pm
RELATED TOPICS