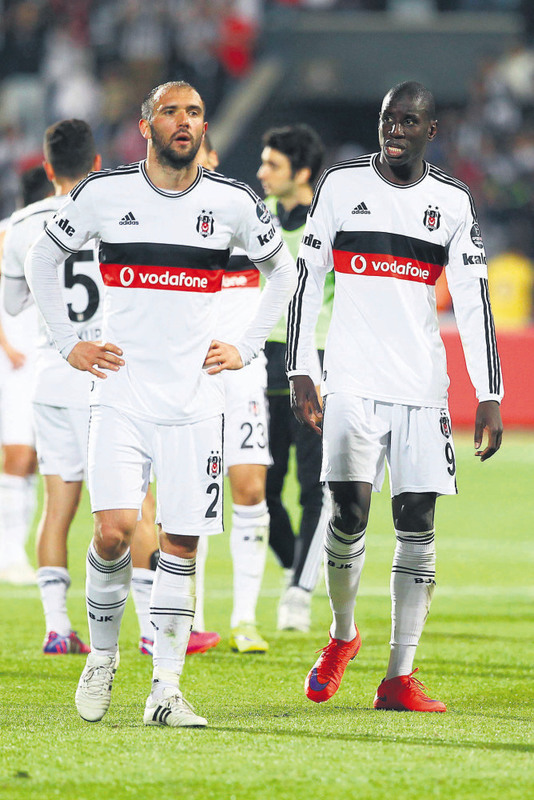 by Arda Alan Işık May 11, 2015 12:00 am
Despite all the advertisements in the media about how challenging and competitive Turkish football is, it all seems like an act to me. A theater play in which all the actors know their role and what they should do. We could even say the paradigm of Turkish football is like the caste system in India, where people were bound to their social class. Look at the fate of all the teams in Turkey in recent years, you will see the same picture, with only very slight changes. Then, look at the Bundesliga or the Premier League. Even though they also have some kind of a hierarchy, there is at least a circulation that allows other teams to compete for bigger goals.

However, the correct name for the diagnosis of the Anatolian teams, in other words the "others" in Turkish football, is learned helplessness. They have accepted and internalized their position so much that they have lost their ability to imagine more than what is offered to them by the elites in Turkish football. For example almost no club in Turkey dares to base its squad on young players and they illogically try to "compete" with the Istanbul giants by playing their way; an unbelievable amount of consumption and almost no end production. All they do is consume their "exported goods" and export again in order to deceive fans with the presumption of the change that "star" players can offer. Nevertheless, economic power always shapes political power and seeing as Anatolian clubs are like third world countries that try to compete with G8 giants, there is no hope for them to win.

Just look at the next stop of the "legendary" foreign players that came to Turkey once; Alex de Souza, Gheorghe Hagi, Guti Hernandez and many others... none of them played at the top level after they left Turkey and Turkish football is becoming the final station before retirement or Dubai. Thus, we do not just export everything we need, we also export expired goods! We take over a dead investment and sell it to people so we can continue this profitable business. At this point I understand the elites, because they get the biggest prize, but I do not understand the helpless ones that calmly accept their share. For instance, although it is one of the Istanbul giants, Beşiktaş was and is always different from its two local rivals, Fenerbahçe and Galatasaray. Given Beşiktaş fans' radical position and the club's reputation as the people's team, the club is supposed to resist this ugly football industry in Turkey. But Beşiktaş also learned helplessness, especially in the Yıldırım Demirören era. The club has one of the most dedicated fan bases in the world, which would wholeheartedly support a change and a focus on young players. Nonetheless, Beşiktaş still tries to play the game with the rules of the elites and this not only breaks fans' hearts but also diminishes the positive reputation of the club.

But probably the most noticeable impact of this mentality can be seen on the pitch. Since Beşiktaş insist on an export-based, traditional football style, it decreases its chance against economically bigger Fenerbahçe and Galatasaray. Yes, both sides buy expired goods, but at least Fener and Cimbom buy better ones given their economic condition and Beşiktaş calmly accepts its position. Of course, building a new stadium and increasing revenue is important, but as long as the mentality is the same, no one can guarantee Beşiktaş's future. The true revolution lies beneath the importance of self-sufficiency and a strategic mind, in other words, an emphasis on young players and coach.

Beşiktaş is just one case; learned helplessness is everywhere. If not, no one can explain how giants continue to win with their terrible football and how every game looks predetermined to be a win for the giants. To be honest, this picture does not fit the New Turkey goal. It is more like the times when Turkey was an isolated country in which elites ran every sector. It is inconceivable for a country that is supposed to compete at the top to have such a primitive football industry.
Last Update: May 11, 2015 10:36 pm
RELATED TOPICS