Galatasaray wins critical away game in league, four points ahead in the last three weeks 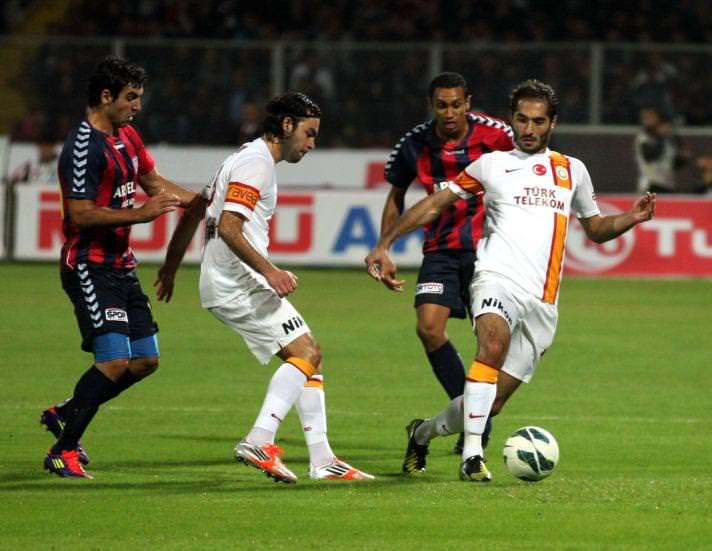 by Daily Sabah May 12, 2015 12:00 am
Spor Toto Süper League title contenders Galatasaray narrowly beat Mersin İdmanyurdu 1-0 in an away match on Tuesday.

Visitors Galatasaray scored the winning goal in the 16th minute when their winger Yasin Öztekin smashed the ball into the goal to make it 1-0. During the rest of the game, the score did not change and Galatasaray won the critical match, maintaining their lead in the league with 70 points.

Galatasaray coach Hamza Hamzaoğlu said, "We cared about the score more than good football. In the final weeks of the league, it is natural for us to try to get three points. So we played cautiously. Our goalkeeper (Fernando) Muslera played perfectly and made magnificient saves. However, we gave too many opportunities to our rivals. We are happy to win the game anyway. We are taking firm steps toward our target."

Mersin İdmanyurdu coach Rıza Çalımbay said, "The referee did not allow us to take our free-kick shot in the very last minute and whistled for the end of the game. He can't do this to big clubs. But he just finished the match when Mersin İdmanyurdu are concerned. It's a shame. It was a very watchable match. We played to score goals. But we could not evaluate the positions. But we did not deserve to lose. Muslera played very well. If we had been more careful in the passes we made, we could have got at least one point."
Last Update: May 13, 2015 3:14 pm
RELATED TOPICS