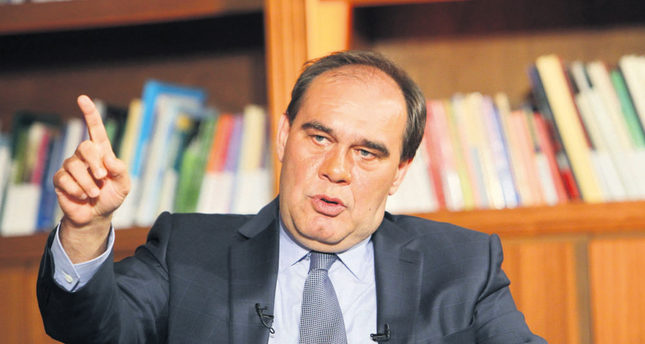 Demirören has warned that due to financial difficulties many Turkish clubs could struggle to gain a UEFA license to play in European competition, something that could have huge consequences for Turkish football

Some Turkish clubs may not compete in UEFA tournaments because of financial problems, Turkish Football Federation (TFF) Chairman Yıldırım Demirören told Lig TV on Sunday. Demirören said due to the financial structures of the clubs, more challenging times than the July 3 period, in which some Turkish clubs were investigated for match-fixing, might be ahead for Turkish football. Reminding that some clubs are currently not capable of participating in European tournaments, Demirören said that they have obtained information about the final decision and are currently in contact with the affected clubs.He also said that besides UEFA licenses, there is the issue of national club licenses and there are some clubs that may not be able to obtain these licenses either in the Spor Toto Süper Lig and PTT 1st League, Turkey's second division.

"We are getting the news from the media already; there are clubs that cannot even pay the fees of their players while they continue to make transfers. UEFA is watching these clubs closely. We try to help if they fulfill the conditions as the federation, however, there is a chance that we might not be able to issue licenses," said Demirören.

He said that Beşiktaş and Trabzonspor have made a deal with UEFA and have been under scrutiny. Further Bursaspor, who were also banned by UEFA, and Galatasaray, who were under scrutiny, however, are not in any danger. He also added that Fenerbahçe will also be under scrutiny from UEFA and while they can help as the federation, they can only implement so much as the decision belongs to UEFA. "Hope CAS passes a decision in favor of Bursaspor," added Demirören.

Demirören also hinted that he may become a candidate again at the ordinary general assembly of the TFF, which will take place in June, saying they have many projects that need to be implemented.

He also said that he has received the support of some clubs before the general assembly and that Turkey is a democratic country and that any other candidate is important and the whole process should be carried out with mutual respect. "The decision will be made at the ballot box. We trust ourselves as what we have achieved is evident," added Demirören.

On rumors that the FIFA-licensed referee, Cüneyt Çakır might be assigned for the final of the UEFA Champion's League, Demirören said that they know that there is high chance that he may be assigned from their dialogues with UEFA. He also said if Bayern Munich makes the final, he would have a higher chance as there are two candidates, and one of them is the German referee. "It will be either one of them and it is a great honor for Çakır to come this far. Turkey needs more referees like that. I believe Ali Palabıyık also has a chance as he's been my favorite referee this year," said Demirören.

On whether they feel they have the support of political authority, Demiören said that the government, especially the Turkish president, prime minister and Ministry of Youth and Sport had been great supporter, claiming them to be lovers of sports and football who have tried to provide with as much help as they can. "I'd like to thank all of them once more," added Demirören.

Demirören highlighted that this year the competition for the championship in Spor Toto Süper Lig is closely contested and will likely to continue until the final week of the season. "Out of the three teams that are battling for the championship, any could win. This is the first time we're applying a rule that all games will be played at the same time on the final week of the football season," said Demirören. He added that they announced it at the beginning of the league season as they had no way to predict how the league would go. And if they hadn't announced it at the beginning, there may be requests for other games that will take place before the final week to be played at the same time as well, which is indisputable at the moment.Demirören also said that the Passolig system has decreased any kind of cheering that involves swearing or derogatory phrases and quarrels in the stadium by 95 percent.

He said that the Hasan Doğan National Teams Camp and Training Facilities in Riva is one of the best football facilities in the world and Demirören also announced that the Chairman of UEFA, Michel Platini will be traveling to Istanbul to visit the facilities either in September or October.
Last Update: May 12, 2015 10:23 pm
RELATED TOPICS