Real is beaten by its own invention 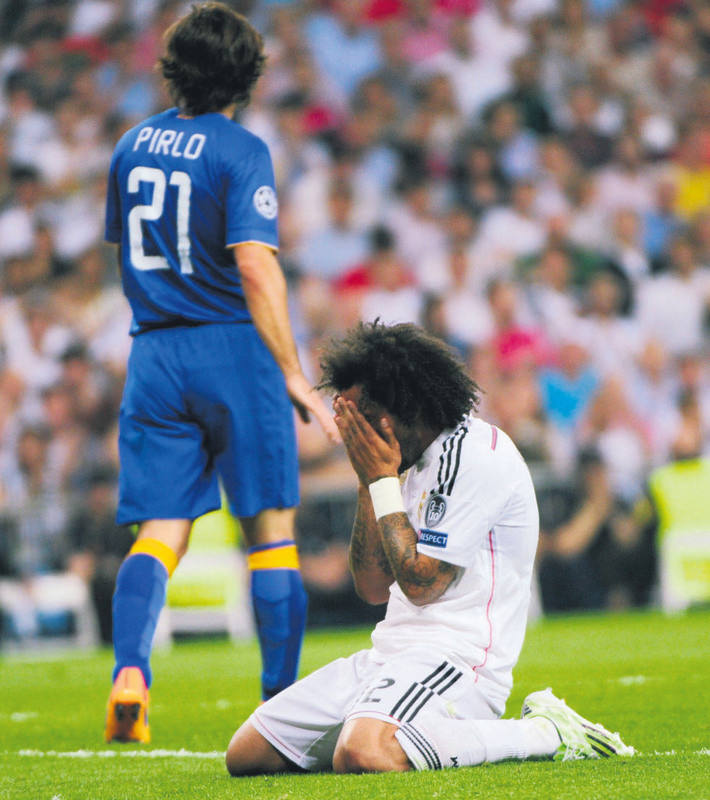 by Arda Alan Işık May 15, 2015 12:00 am
This year's Champions League semi-final was not fruitful for those who tried to deviate from their team's traditional style. Bayern Munich and Pep Guardiola, the ones who made a drastic change in their style, suffered a lot against Barcelona and Luis Enrique, who preserved their strategy and made it more practical. Nevertheless, there was another team that surprisingly tried to break the boundaries of its conservative tutelage, but was beaten by its own invention, Real Madrid. Since Carlo Ancelotti's arrival in Madrid, Real has not been the same team as it was in the Jose Mourinho era. The team, which played the most brilliant version of counter-attacking football in that era, is now slowly turning its direction to a more dominant style of play. Maybe because this tiki-taka game is a Catalan invention, Spaniards have not been able to embrace the fact that a dominant game brings better results than traditional counter attacking. Nonetheless, when even the most brilliant version of counter-attacking was not enough to break Barca's domination, a will to change occurred naturally and Ancelotti, surprisingly again, began to build a new team.

However, Real's predictable struggle with the new system became very problematic with the pressure of old strategies at the club. For instance, even the mere existence of Cristiano Ronaldo and Gareth Bale makes other Real players feel that they have to give the ball to them at every occasion. The power of the old strategy tries to strangle the new system and clearly Ancelotti sometimes hesitates to implement reforms. But at least there is a will for change and, despite hesitations, Ancelotti has made progress. If Real shows enough patience, European football might step up to a new level, because Real Madrid has been the symbol of tradition against reform for many years. The point is, Ancelotti and his team should always keep in mind that this journey will be much harder for Real given the team's special situation and accidents will occur, as we saw against Juventus.

What happened to Real against Juve was a real tragedy. It was like a coup against a dictator who was beginning to change, because Juventus hit Real with the tactics that the Spaniards had once perfected. Massimiliano Allegri, coach of the Italian side, implemented a strict defensive strategy with 10 players in both games looked for counters. This strategy worked well mostly because of Real defensive organization but the when ball came into the opponent's half, the old habits suddenly popped up. In other words, they play half domination game half classic counter attack, thus most of the time the players looked confused. They patiently circulated the ball at the back, but when they played it directly toward Ronaldo or Bale, they simply ruined what they had started. If they had chosen to play a direct counter attacking game in both matches, they would have beaten Juventus, given their superiority in terms of the counter. But what will they do against Barcelona in the final? Probably the same thing that they have done in the recent years, play pathetically. Nevertheless, Real demanded change and paid the price of it. The team is very new to such a strategy and it will probably take a new generation of both players and executives to settle on a dominant style.

It is always a pleasure for me to watch Iker Casillas and Gianluigi Buffon play against each other. I grew up watching them, they inspired me to be a goalkeeper. However, I think it is crucial for a sportsman to know the limits of his body and appreciate the laws of nature. Both of them were brilliant goalkeepers, but their bodies won't allow them to continue at their previous heights anymore. I think it is time to give the flag to a new generation, in order to let football and goalkeeping get better.
Last Update: May 15, 2015 10:17 pm
RELATED TOPICS