Liverpool has to move on from their Roy of the Rovers 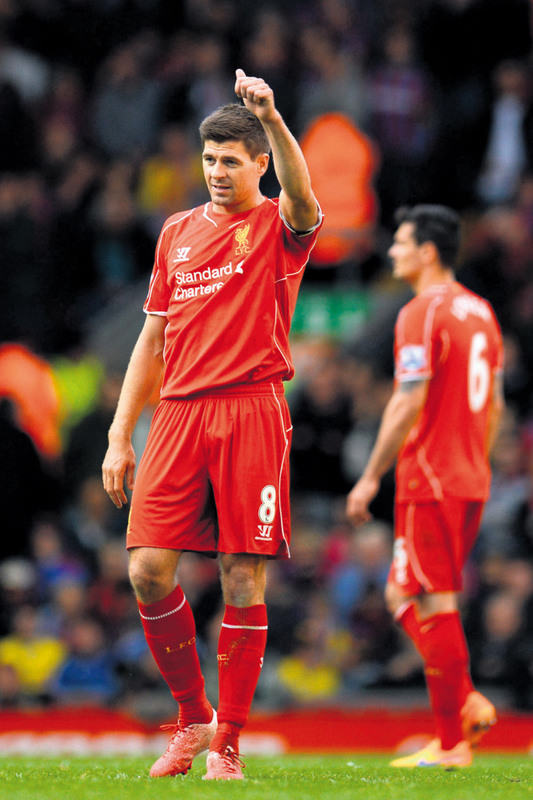 by Kenny Laurie May 17, 2015 12:00 am
My late grandmother always used to tell my parents that "children are only on loan." The hardy Scot believed that at some point, however close the bond, nothing can last forever, and that eventually we all have to go our separate ways, make our own decisions and move on. Liverpool and Steven Gerrard know that feeling.

It's hard to know which one of the two is the parent or the child. While it is Gerrard that is leaving the nest – picking up a last paycheck with the Los Angeles Galaxy – he is the one with the worry-free future. It is Liverpool that have to move on. During his 17 years in the first team at Liverpool, Gerrard has often played the part of the guiding adult, cajoling and pushing his side to victory. He has done as much to forge the club's identity as the club has forged his. Gerrard has already gone down as one of the greatest players to play for Liverpool, comfortably standing shoulder-to-shoulder with Bill Shankley, Kenny Dalglish, Ian Rush, Graeme Souness and the many others who helped Liverpool become one of the most storied and successful clubs in the history of all sports.

For those who didn't grow up in the U.K., you are forgiven for not knowing who Roy of the Rover was – a comic book character who always delivered when his team needed it. After decades of inspiring children up and down the land, the Roy of the Rovers myth is one of the most enduring in the young British football-loving community; the hero that can single-handedly carry a team against all odds, the man that won't lie down and die. Gerrard, for better and worse, was every inch Roy of the Rovers for his beloved Liverpool.

For many, the heroic totem role played by Gerrard was often to the detriment of his team, and many have questioned in recent years whether he was ever as good as his highlight reel suggested.

His rampaging runs, Hollywood passes and bone-shuddering tackles are the stuff of legend, but as the casual fan grew more educated, Gerrard's mythology began to be chipped away. When an era of understated, diminutive, technically perfect midfielders was ushered in during the late 2000s, Gerrard began to look out of place. His 50-yard passes became infuriating and his penchant for taking over the game often came at the detriment of his team's structure. As his incredible athleticism slipped, his ability to cover these cracks became all the more noticeable.

Over the last few years, Gerrard became almost a hindrance for the club that refused to move on and the player that chose not to jump. Brendan Rodgers's revolution, even when they came within a whisker of the title last season, always felt held back by the insistence of holding onto a player that could no longer play to his considerable reputation. His slip that allowed Demba Ba to score in Liverpool's crucial loss to Chelsea – the game that effectively lost them an unlikely title – was emblematic of the role he played for Liverpool in his last few years. Missing out on last year's title hurt. The improbable run seemed like a gift from the gods to reward Gerrard with the one trophy that always eluded him. Perhaps Gerrard's success in cup competitions and failure in the league has some symmetry. Gerrard was always the man for the big occasions. His role in Liverpool's 2005 Champions League win – here in Istanbul in arguably the greatest Champion s League final in history – and the 2006 FA Cup win were unmatchable.

Arguably no player in the world at the time could have pulled off the heroics that Gerrard managed in those two career-defining wins. When Liverpool needed Gerrard, he was always there. In knockout games, when the opposition were nervous or his teammates froze, Gerrard could always be counted on to produce the magic and inspiration necessary. The Premier League, however, may have created a sample size too big for a player who was never going to be able to drag his team through 38 games.

For the last 17 years, Gerrard has been holding Liverpool's hand as it tried to move on from the barren '90s period and post-Hillsborough Disaster malaise. Now, Liverpool have to go out and make it on their own.
Last Update: May 17, 2015 9:19 pm
RELATED TOPICS