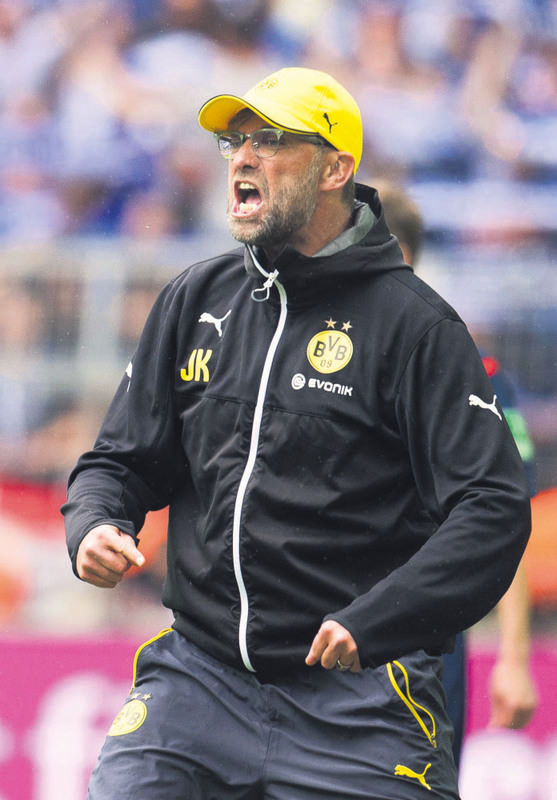 by Daily Sabah May 18, 2015 12:00 am
Borussia Dortmund's Jürgen Klopp is reportedly in talks with Fenerbahçe to become the team's new head coach, Turkish media outlets have reported.

As the Yellow Canaries strive for the league title with 70 points, just three points behind the current leader Galatasaray with only two games left, the question remains whether the team will replace İsmail Kartal. Although the former assistant coach managed to keep the Istanbul side on track after Ersun Yanal's resignation, he is still viewed as a temporary replacement.

Klopp had announced earlier that he would leave the German side at the end of the season. Turkish media outlets claimed that the German coach arrived in Turkey on Saturday after his team's defeat to Wolfsburg. He was reportedly in the company of his wife Ulla and his agent Marc Kosicke on board a private jet. Klopp traveled to Düzce in northern Turkey where Fenerbahçe has training grounds, from Istanbul and met Fenerbahçe President Aziz Yıldırım.

After Klopp announced plans to quit Dortmund, he was tipped to head several European clubs including Bayern Munich and various Premier League teams. Klopp, who will be replaced by Thomas Tuchel, former boss of Mainz, has stated he did not feel he was "the right man" to run the club any more. The 47-year-old former striker started out as coach of Mainz in 2001. He secured two Bundesliga titles for Dortmund in 2011 and 2012 and helped the team to reach the Champions League final in 2013.
Last Update: May 18, 2015 10:51 pm
RELATED TOPICS