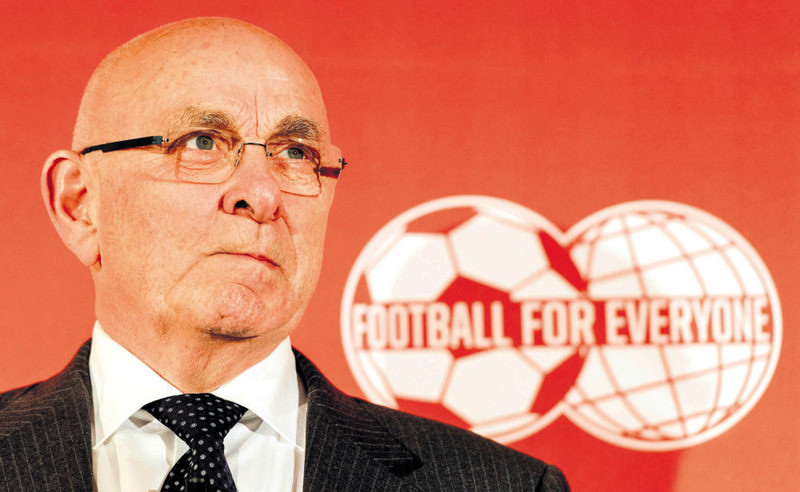 by Associated Press May 21, 2015 12:00 am
FIFA presidential candidate Michael van Praag withdrew from the May 29 election against Sepp Blatter on Thursday, switching his support to FIFA vice president Prince Ali bin al-Hussein of Jordan.

The Dutch soccer federation president said in a statement he will explain his decision at a news conference later Thursday.

"After thorough deliberation and reflection with different involved parties and stakeholders, Michael van Praag decided to withdraw his candidacy to become the next FIFA president and to join forces with presidential candidate Prince Ali," his campaign team said.

"(FIFA) is doing badly and has lost all credibility," Van Praag said when launching his campaign in January. "FIFA is constantly under suspicion. Of conflicts of interest, of nepotism, of corruption."

Blatter is strongly favored to extend his 17-year reign with a fifth term when the 209 national federations vote next week.

Blatter has pledges of support from most voters in five of FIFA's six continental confederations. Only UEFA is formally opposing Blatter and has supported all three opponents who were declared as candidates in January.

It was long expected that at least one of Blatter's rivals would withdraw before election day to unify opposition.

Although Van Praag is a member of the UEFA executive committee, he has appeared to be the most independent of the three challengers. The 67-year-old former Ajax president pledged to serve a single four-year term to modernize FIFA and improve transparency, and offered Blatter an advisory role heading a charitable foundation.

Outside Europe, Van Praag gained one pledge of support from the former Netherlands territory of Suriname.
Last Update: May 21, 2015 10:59 pm
RELATED TOPICS