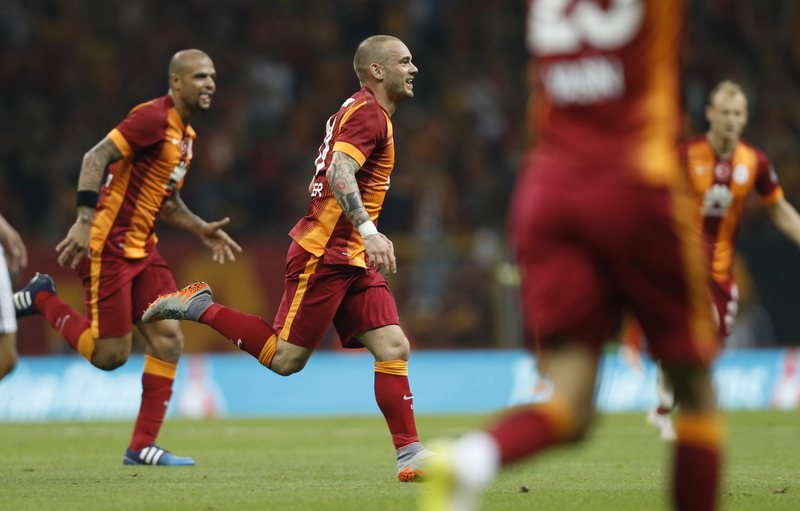 by Anadolu Agency May 24, 2015 12:00 am
Galatasaray have defeated rivals Besiktas 2-0 in a Turkish league derby at Turk Telekom Arena in Istanbul on Sunday.

Galatasaray made it 2-0 in the 80th minute of the game as Dutch playmaker Wesley Sneijder smashed the ball outside the area for the goal.

Leaders Galatasaray now have 76 points. Fenerbahce follow with 70 and Besiktas come in third with 66 points.

As a result, Besiktas will not be able to play in the Champions League next season.

If Fenerbahce lose or draw against Istanbul Basaksehir in an away match Monday, Galatasaray will clinch the title with a match to spare.

Monday's fixtures in the league: