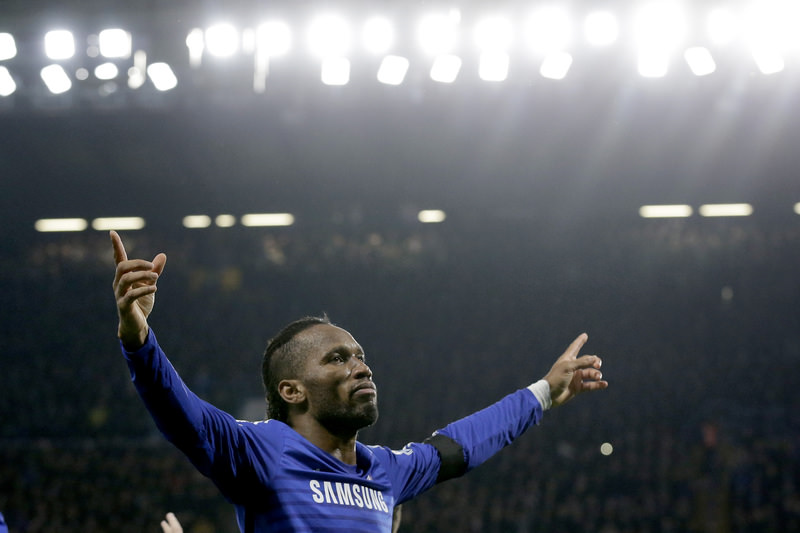 by May 25, 2015 12:00 am
Chelsea veteran Didier Drogba has announced that the Premier League game at home to Sunderland later on Sunday will be the final appearance of his second spell at the club.

The 37-year-old striker returned to Chelsea last year, having previously spent eight years at the club between 2004 and 2012, winning 12 trophies and scoring the decisive penalty against Bayern Munich in the 2012 Champions League final.

The former Ivory Coast captain has contributed to Chelsea's successes in the league and League Cup this season, but having only played a bit-part role, he has decided to leave Stamford Bridge for a second time.

"I want to play for at least one more season and in order to play more football, I feel I need to go to another club," Drogba told the club website.

"All the fans know my love for Chelsea and I hope to be back here in the future in another role."

Drogba joined Chelsea from Marseille in 2004 and played a key role in the team that won back-to-back Premier League titles in 2005 and 2006.

His finest hour came in the 2011-12 Champions League final in Munich, when he headed in an 88th-minute equaliser to take the game to extra time and then settled a penalty shootout to give Chelsea their first European Cup.

He subsequently spent time at Shanghai Shenhua and Galatasaray, before returning to Chelsea to rejoin forces with manager Jose Mourinho, who had first brought him to the club in 2004.

He retired from international duty in August last year, having scored a national-record 65 goals in 104 appearances for the Ivory Coast.

Chelsea said in a statement: "Everyone at Chelsea Football Club would like to thank Didier for his fantastic service and he is always welcome back to Stamford Bridge.

"We are sure all our fans would like to join us in wishing him well for the future and thanking him for giving us so many wonderful memories."
RELATED TOPICS