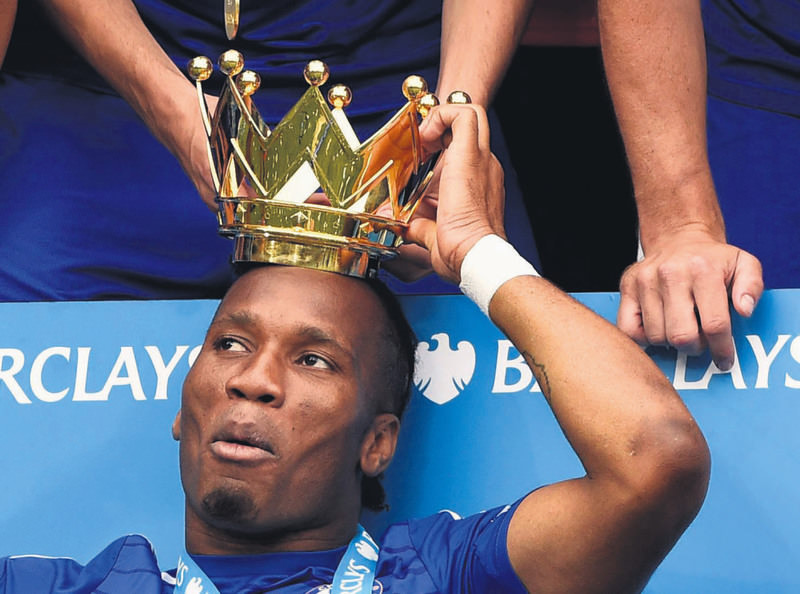 by May 26, 2015 12:00 am
African football legends Didier Drogba and Andre Ayew made emotional farewells at the weekend from clubs they have served with distinction, as most European leagues ended. Drogba's final Chelsea game ended in memorable fashion as he was carried off by his team-mates during their 3-1 Premier League victory over Sunderland.

The 37-year-old Ivory Coast striker had announced prior to the kick-off that the English champions' last competitive match of the season would be the final appearance of his second spell at the club. And after only 30 minutes at Stamford Bridge, and with Chelsea trailing 1-0, he was chaired off the pitch by his colleagues, having apparently succumbed to injury, in what transpired was a pre-planned send-off. And Ayew, a son of Ghana icon Abedi Pele, said goodbye to French outfit Marseille as a near-10-year spell at the club ended with a 3-0 home triumph over Bastia.
RELATED TOPICS