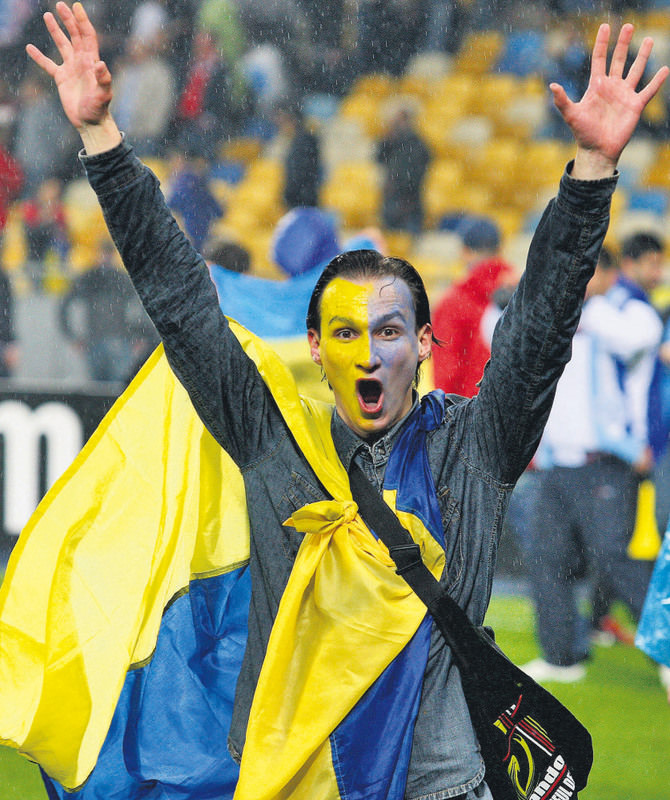 by May 26, 2015 12:00 am
Eastern Ukrainian club Dnipro are unexpectedly poised for possible European soccer glory, lifting the gloom in their war-weary country, at least for a while. With fighting raging on the doorstep of its hometown of Dnipropetrovsk, the club had to travel 500 km to play their Europa League home matches in the capital, Kiev, away from their fans and often at near-empty stadiums. That sapped morale early on, they say. But despite the odds, they have fought their way to the Europa League final today against Spain's Sevilla, and when they run onto the pitch in Warsaw they say they will have their compatriots on the front line in mind.

"These are hard times for our state and for us too. We are hoping our sporting achievement will inspire our heroes who are defending our country from the enemy," Dnipro defender Artem Fedetsky told Reuters.

"We know the whole of Ukraine will be with us at the stadium. We will be playing for them," head coach Myron Markevich said.

An industrial city of just under one million, Dnipropetrovsk has avoided being sucked in

to the war against Russian-backed rebels, a conflict which has killed more than 6,200 people in just over a year.

It has seen an influx of refugees and is home to an important medical centre for treating military wounded, and has come to be regarded as a bulwark against the separatist threat affecting neighbouring big cities such as Donetsk.

Many attribute this to Ihor Kolomoisky, FC Dnipro's billionaire owner and president, who bankrolled formation of a pro-government militia to stop early signs of separatist sympathies taking root. He later fell foul of the pro-Western authorities and was dumped as regional governor, though his Privat banking group still holds FC Dnipro.

The main boulevard of Dnipropetrovsk, where acacias throw off a heady scent in the evening, is still called Prospekt Karl Marx - but probably not for much longer as a national program for dropping Soviet name tags takes hold.

As in many U

krainian cities, a monument to Soviet state founder Vladimir Lenin was taken down in the centre last year. The team had to fly back and forth to Kiev for qualifying matches after a ruling by soccer's organising body UEFA that the

Football pundits say it is unlikely that Dnipro will triumph against Sevilla, who captured the Europa League trophy last year against Portugal's Benfica and have won 10 of their 14 Europa League matches this season.

By contrast, Dnipro's record en route to the final has been seven victories and four defeats, with five matches drawn. No matter what happens in Warsaw, the club will celebrate triumph over adversity.

"We (have) understood that, since things are not easy for our country just now, we should strive to do better in European Cup matches so that people can see in Europe and elsewhere that, though things are difficult for us now, football is still alive in Ukraine," Markevich said.