PSG to loan Xavi from Al-Sadd next season 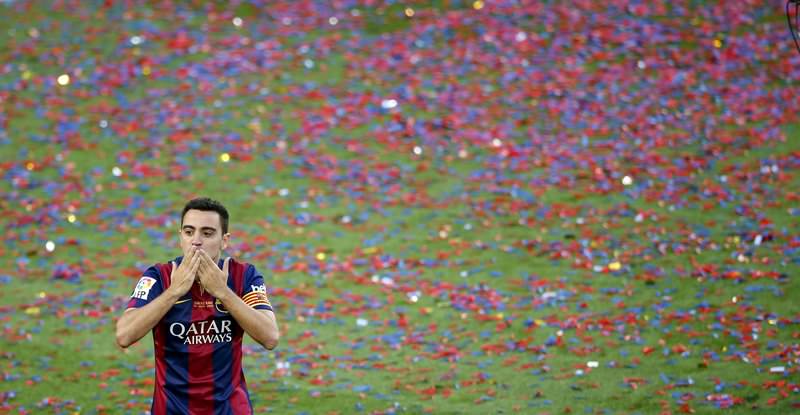 by Daily Sabah with Wires May 26, 2015 12:00 am
Paris daily paper Le Parisien, claims the big-spending League one champions will make an approach to take the 35-year-old Xavi on loan for the 2015-2016 campaigns.

The outgoing Barca skipper Xavi confirmed last week that his lengthy association with the La Liga champions would conclude at the end of the current season and that he has agreed to head to Qatar with Al Sadd.

Also, Le Parisien reports that PSG are keen on signing the midfielder in a one-year loan deal as they look to negate around the regulations of Financial Fair Play.

The owner of Al-Sadd is the brother of PSG chief Nasser Al-Khelaifi.

Xavi is the longest serving Barcelona player having joined the club at the age of 11.

A World Cup winner with Spain national team, he has clinched 23 trophies, including three Champions League and eight La Liga titles and made over 500 appearances.

Xavi will be hoping to add another cup to his cabinet when Barcelona face Athletic Bilbao in the Copa del Rey final on Saturday before their Champions League match with Juventus on June 6.
Last Update: May 27, 2015 1:21 am
RELATED TOPICS