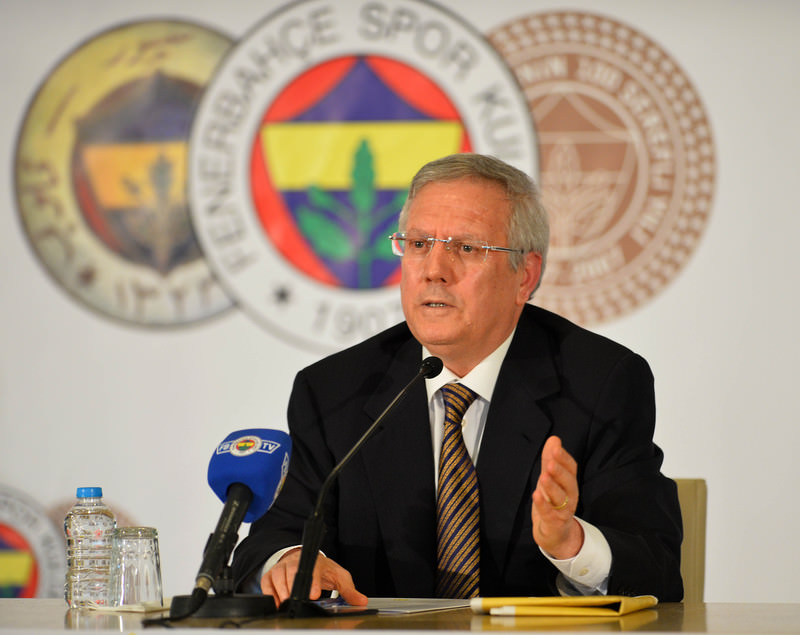 by Anadolu Agency May 27, 2015 12:00 am
Turkish sports club Fenerbahçe's president Aziz Yıldırım has announced that he will run for presidency at the club's general assembly Sunday.

The Yellow Canaries' chairman of 17 years, Yıldırım had earlier said he would not stand, only to change tack after he saw a newspaper ad calling for his resignation, he said at the meeting of a club-affiliated foundation Wednesday.

Fenerbahçe have an ongoing trial against them related to a match-fixing scandal during 2010-11 Turkish Spor Toto Super League season, for which the club won the domestic title.

"If the Supreme Court takes a positive decision, Fenerbahçe and we would be declared innocent. Otherwise I will resign from Fenerbahçe club membership; I would not continue to carry this stain," Yıldırım said.

The president also criticized Fenerbahçe fans' aggressive behavior against the football team, which lost the championship to archrivals Galatasaray with one game to spare after suffering a draw this week.

"Hundred fans insulted the footballers and threw eggs at them. They all have been identified and I will take legal steps," Yildirim said.

This season Fenerbahce surrendered the Turkish Spor Toto Super League title to top-seated Galatasaray after drawing 2-2 against Basaksehir in Istanbul on Monday. The Lions have won their 20th league title, becoming the first Turkish top division side to achieve the mark.

With this year's victory, the Lions are the first Turkish football club to acquire the fourth star above their crest. In Turkish football, a club receives one star for five league titles. Fenerbahce have three with 19 championships.
Last Update: May 27, 2015 9:58 pm
RELATED TOPICS