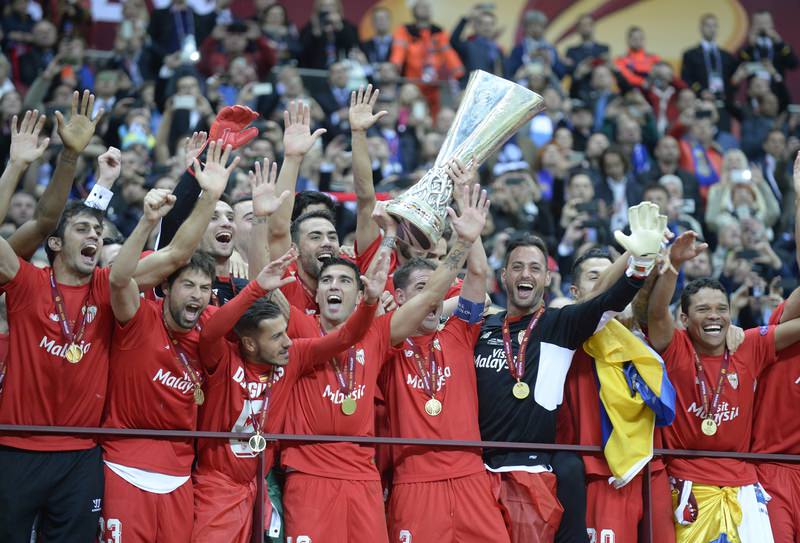 by May 27, 2015 12:00 am
Sevilla retained their Europa League title to claim the trophy for a record fourth time with a 3-2 victory over plucky Dnipro Dnipropetrovsk thanks to Carlos Bacca's double in an exciting final on Wednesday.

Colombia striker Bacca netted the winner with 17 minutes left to seal victory at Warsaw's National Stadium after a pulsating first half in which four goals were scored as the teams went into the dressing rooms on level terms.

It was an end-to-end battle for most of the match with Dnipro grabbing an early lead through Nikola Kalinic before Sevilla hit back with goals by Grzegorz Krychowiak and Bacca.

When Dnipro captain Ruslan Rotan curled home a precise freekick to make it 2-2 just before the beak it looked like the Ukrainians, who were playing in their first European final, might go on to cause a stunning upset.

But Bacca grabbed his second goal late on to settle the encounter and secure a Champions League qualifying place which is handed to the winners for the first time.