Putin accuses US of meddling into FIFA affairs 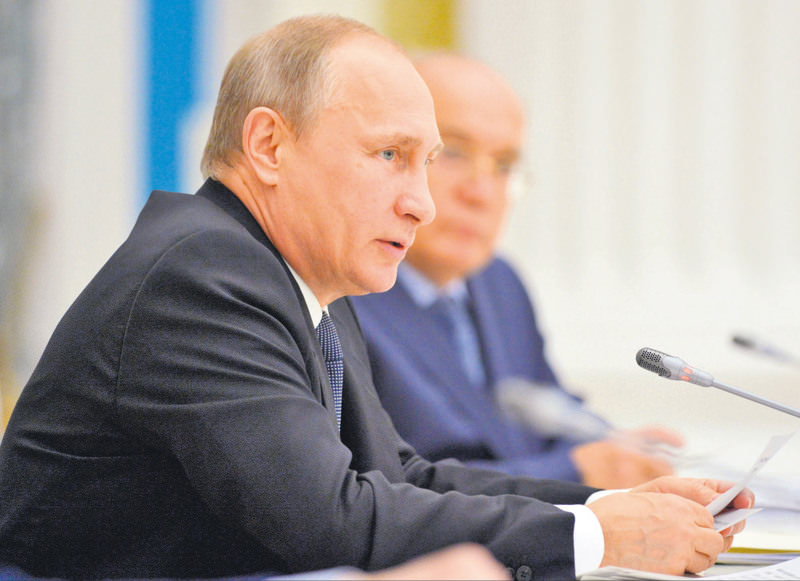 by Daily Sabah May 28, 2015 12:00 am
Russian President Vladimir Putin accused the United States of meddling in FIFA's affairs and hinted that it was part of an attempt to take the 2018 World Cup away from his country. Putin said in televised comments yesterday that he found it "odd" that the probe was launched at the request of U.S. officials for crimes which do not involve its citizens and did not happen in the United States. Putin said even if "someone has done something wrong," Russia "has nothing to do with it." He then tried to portray the probe as a U.S. attempt to go after dissenters, likening the case to the persecution of whistleblowers Julian Assange and Edward Snowden. "Our American counterparts, unfortunately, are using the same methods to reach their goals and illegally persecute people. I don't rule out that this is the case in relation to FıFA," Putin said. "I have no doubt that this is yet another evident attempt to derail Mr. Blatter's re-election as FIA president. We are aware of the pressure that he was subjected to in relation to Russia holding the 2018 World Cup."
Last Update: May 29, 2015 12:36 am
RELATED TOPICS