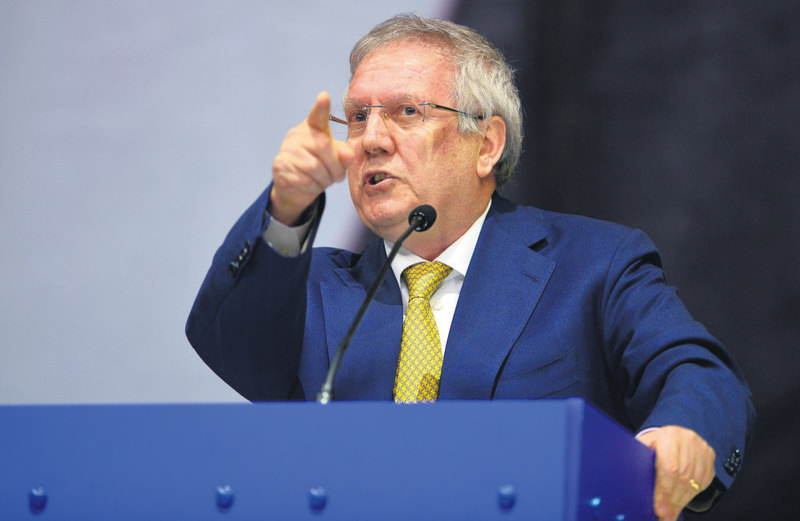 by Hakan Baş Jun 01, 2015 12:00 am
Aziz Yıldırım was elected to his 12th term as chairman of Fenerbahçe sports club at Sunday's general assembly. He won out over Hulusi Belgü after receiving 5,504 votes to Belgü's 1,144. He has been at the helm of Fenerbahçe, one of the biggest sports clubs in Turkey, since 1998. The Yellow Canaries' chairman of 17 years had earlier said he would not stand, only to change tack after, he said after he saw a newspaper ad calling for his resignation. President Recep Tayyip Erdoğan sent a congratulatory message to him after the election.

After the departure of coach İsmail Kartal, the Fenerbahçe president is eyeing legendary Italian coach Marcelo Lippi, Turkish media has claimed. Before re-election, Yıldırım assigned Giuliano Terraneo as sportive director and he is testing the waters of famous Italian coaches such as Carlo Ancelotti, Luciano Spalletti and Roberto Di Matteo. However, the fact that Fenerbahçe has invited Lippi's son, Davide Lippi, a lawyer, increased the likelihood of Lippi for the top job. Lippi brought an end to his glittering career after winning the Chinese Super League with Guangzhou Evergrande. The 67-year-old's Chinese adventure was the final chapter in a remarkable coaching career that began with a host of managerial roles at lower league Italian clubs in the 1980s. He went on to win five Serie A crowns during two separate stints with Juventus and secured a Champions League triumph with the club in 1996. Lippi also had two stints with the Italian national team with the highlight being when he coached Italy to victory in the 2006 World Cup. He resigned after the team put up a poor defense of their title in South Africa and joined Guangzhou in May 2012.
Last Update: Jun 01, 2015 11:57 pm
RELATED TOPICS