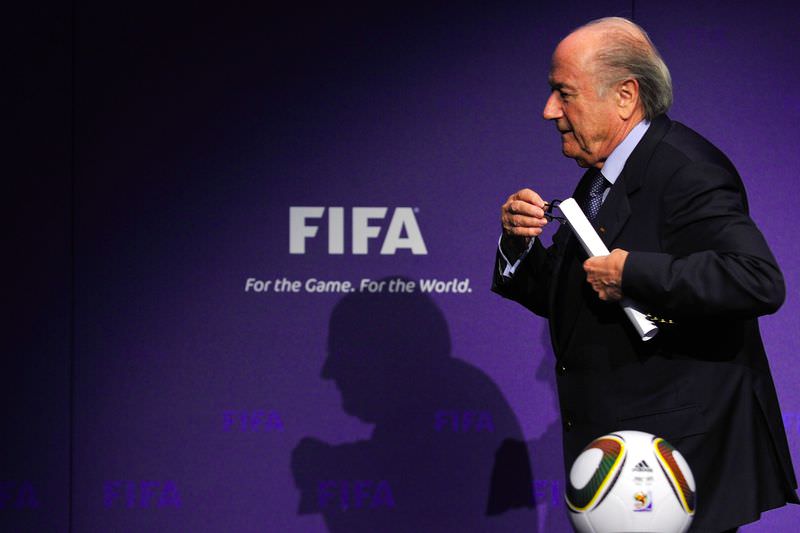 by Daily Sabah with Wires Jun 02, 2015 12:00 am
Sepp Blatter on Tuesday resigned as president of FIFA as a mounting corruption scandal engulfed world football's governing body.

Blatter, 79, announced the decision at a news conference in Zurich, six days after the FBI raided a hotel in Zurich and arrested several FIFA officials.

He was re-elected after his only rival, Jordan's Prince Ali bin Al Hussein withdrew after losing heavily in the first round of voting.

"FIFA has been my life...what counts most for me is FIFA and football around the world," Blatter said.

"An extraordinary congress is to be called to elect my successor as soon as possible," he added.
Last Update: Jun 02, 2015 8:05 pm
RELATED TOPICS