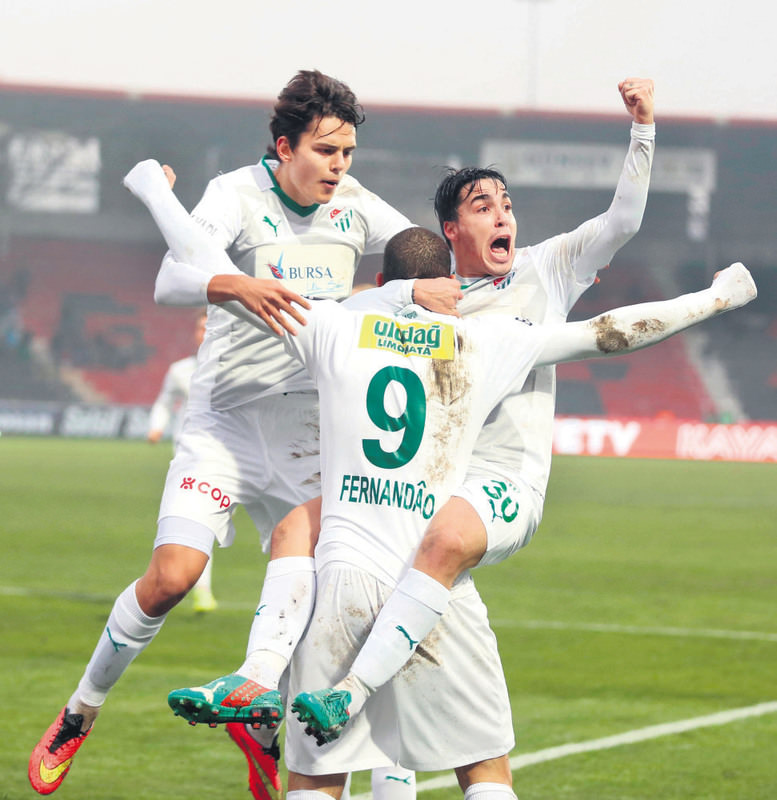 by Hakan Baş Jun 03, 2015 12:00 am
The Spor Toto Süper Lig outdistanced Europe's biggest leagues in Spain, England, Germany, Italy and France in terms of goals per game in the 2014/15 season. With 2.85 goals per game, the Spor Toto Süper Lig was Europe's top goal scorer last season. Those who watched the games enjoyed more goals on average than games played in La Liga, Premier League, Bundesliga, Serie A and Ligue 1.

In the 2014-15 season, in which Galatasaray won their 20th title, Bursaspor contributed the most to the league's ability to race ahead of the field. Bursaspor found the net 69 times in 34 matches, followed by Galatasaray and Fenerbahçe with 60 goals each. Trabzonspor, who finished the league ranked fifth, scored 58 goals, Kasımpaşa 56, Beşiktaş 55 and Mersin İdmanyurdu 54.

In Germany's Bundesliga, teams scored 2.75 goals per game. The biggest share belongs to Bayern Munich thanks to their 80-goal haul and Wolfsburg, who notched 72 goals. Serie A, a league famous down the years for its defensive style, surpassed the English and French leagues with 2.60 goals per game. In the Premier League, the goal average per game stood at 2.56 and in France's Ligue 1 it was 2.49. Juventus, who are four-time consecutive champions, contributed the most with 72 goals. Spain's La Liga saw teams score 2.65 goals per game. Unquestionably the biggest share belongs to powerhouses Real Madrid, with 118 goals, and Barcelona, with 110 goals. Despite these goal numbers, La Liga could only rank fourth in terms of goal average.
Last Update: Jun 03, 2015 11:29 pm
RELATED TOPICS