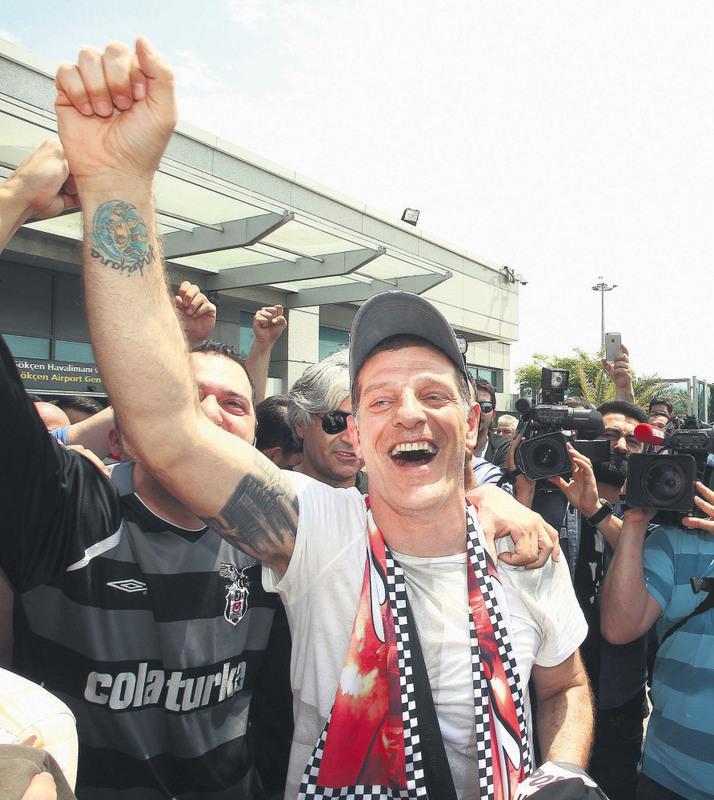 by Compiled from Wire Services Jun 09, 2015 12:00 am
West Ham has hired former defender Slaven Bilic to manage the English Premier League team. The 46-year-old former Croatia coach joined on a three-year contract to replace Sam Allardyce, who left West Ham last month at the season's end. A key priority for Bilic will be ensuring the London club is still a Premier League team for the 2016-17 season when it begins playing at the Olympic Stadium. Bilic played for West Ham during the 1996-97 season and went on to coach Croatia at the 2008 and 2012 European Championships. More recently, Bilic has coached Lokomotiv Moscow and Beşiktaş. Bilic began his career in his hometown of Hajduk Split on Croatia's Adriatic coast in 1988. His team then won the Yugoslav Cup, Croatia's inaugural league title, in 1991 and the Croatian Cup in 1993.

He joined German side Karlsruher for three seasons before leaving for West Ham in 1996. He then moved to Everton in 1997 but his three-year stay at Goodison Park was plagued by injuries and suspensions. The Merseyside club gave Bilic a million pound payout in 2000 and two days later, he rejoined Hajduk to help them win the 2001 Croatian Cup before retiring. After brief spells as the caretaker coach at Hajduk for the 2001-02 season and Croatia's Under-21 team from 2004 to 2006, Bilic became coach of the senior national side in 2006. He was seconds away from steering Croatia into the Euro 2008 semi-finals with a 1-0 lead against Turkey in extra time before the Croatian side conceded a dramatic equalizer and lost the ensuing penalty shootout. He took over at Lokomotiv Moscow but endured a mediocre one-year stay at the Russian Premier League side during the 2012-13 season - his first full role in club management. Bilic joined Beşiktaş on a three-year contract in 2013, but spent just two seasons at the Turkish side.
Last Update: Jun 10, 2015 12:00 am
RELATED TOPICS