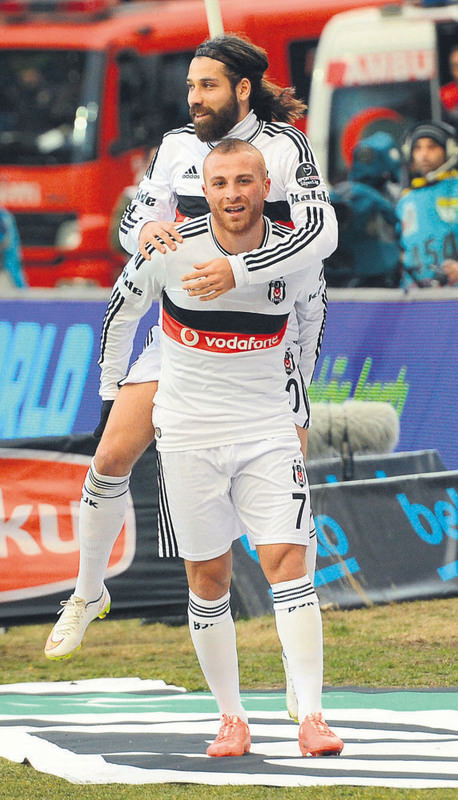 by Daily Sabah Jun 10, 2015 12:00 am
Beşİktaş's former Coach Slaven Bilic, who concluded a three-year agreement with Premier League team West Ham United, has included some Beşiktaş players on his transfer wish list. According to the English press, the Croatian coach wants Gökhan Töre and Olcay Şahan for his new team. The other names on his wish list are Peter Obiang, 23, playing for Sampdoria in Italy, Ghanaian Andre Ayew, who is also on Galatasaray's list of transfer targets, and French striker Loic Remy, who was transferred to Chelsea from Queens Park Rangers last season for 11 million euros. Bilic will earn 3 million euros a year at West Ham United.

The English press claimed that Bilic promised West Ham United Chairman David Gold he would elevate the team into the top 10 in the Premier League in his first season. He also promised Gold that he would lead West Ham United into the top four in his second season, allowing the team to participate in the Championship League. Certain English newspapers reported that West Ham United allocated a significant amount money to the transfer budget for Bilic. Beşiktaş were unable to win a game in eight derby matches with Galatasaray and Fenerbahçe when the team was working with the 46-year-old coach. West Ham United is planning to play its matches at the Olympic Stadium, which has a 54,000 seat capacity located in the south of London, for the 2016-2017 season. It was also reported that the supporters and the managerial team have high expectations for Bilic, who accepted the challenge.
Last Update: Jun 10, 2015 10:57 pm
RELATED TOPICS