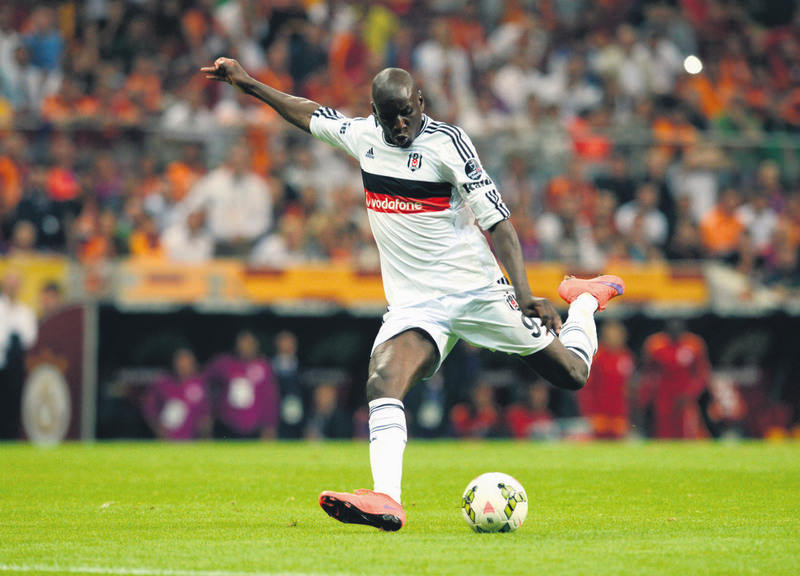 by Kenny Laurie Jun 16, 2015 12:00 am
Beşiktaş's star Senegalese striker, Demba Ba, could be on his way to the Gulf as rumors abound with a senior Al-Ahli source telling Daily Sabah that Ba is of "possible interest" to the club. The rumor mill in Turkey has been in full swing as players sign or link up with the major Turkish clubs, with this pre-season likely to be a particularly big rumor season due to the league's decision to relax the foreign-based player rules.

After nearly leading Beşiktaş to a title and taking them deep into the Europa League, Ba could be going to Dubai where Al-Ahli are looking to replace former Brazilian international Grafite. Grafite left halfway through last season and Al-Ahli struggled to score goals with United Arab Emirates international Ahmed Khalil taking the Brazilian's starting spot. The club is believed to be looking at a number of options, with Ba near the top of the list, although the club was keen to stress that no official negotiations have taken place.

"Ba is certainly a player who interests us, but he is just one of many strikers we are looking at," a club official said. "No bid has been made yet or formal negotiations entered. We are definitely not at that stage."

Ba has also been linked to West Ham United, his former team, which is currently managed by Slaven Bilic, Ba's coach last season at Beşiktaş.

Elsewhere, Fenerbahçe have been active in the transfer market, with Manchester United star Nani on the club's radar while former Palermo defender Simon Kjaer is believed to be close to signing for the Yellow Canaries. The Manchester United winger has fallen out of favor at Old Trafford, with Louis Van Gaal apparently telling the Portuguese international that he is no longer needed at the club.

The Metro in England has claimed Chelsea midfielder John Obi Mikel is in talks with the club.