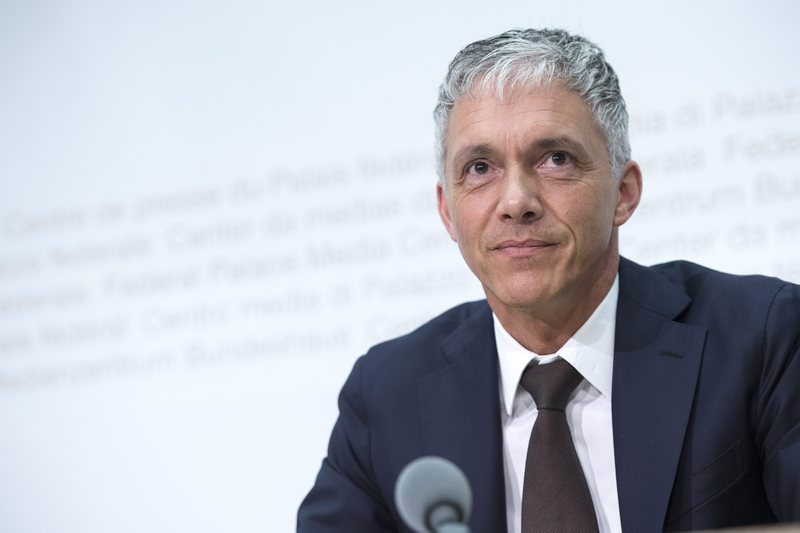 Switzerland's attorney-general has said on Wednesday that Swiss banks have noted 53 "suspicious" banking relations as part of the inquiry into FIFA and its 2018 and 2022 World Cup bidding contests.

Lauber said he "does not exclude" interviewing FIFA President Sepp Blatter and Secretary-general Jerome Valcke in the future, though neither are currently under suspicion.

Addressing the media for the first time since the Swiss investigation into FIFA was announced three weeks ago, Lauber said the case is "huge and complex."

Lauber declined to discuss a timetable for the case, which targets "criminal mismanagement and money-laundering" in the bidding contests which sent the 2018 World Cup to Russia and the 2022 tournament to Qatar.

Still, the federal prosecutor is prepared for either country to be stripped of the hosting rights if new evidence proves wrongdoing.

"I don't mind if this has some collateral (damage) somewhere else," Lauber said. "I don't care about the timetable of FIFA. I care very much about my own timetable which I can't disclose."

Lauber would not be drawn on whether South Africa's successful bid for the 2010 World Cup which allegedly involved a $10 million bribe was also within the scope of his investigation.

FIFA began the 2018 and 2022 case by filing a criminal complaint against "persons unknown" last November.

"This is a dynamic process," Lauber said. "It could really go everywhere and that is why I don't want to tell you which direction I put my focus."

"'I have coercive measures and I am independent," Lauber said at a news conference called after his re-election by federal authorities for a four-year mandate.

The former U.S. Attorney from the Southern District of New York led a team which spent two years investigating the World Cup bidding contests, which included nine candidates from 11 countries.

However, Garcia could not compel some FIFA voters to meet with him and did not have subpoena powers to gather key evidence. Russian officials failed to provide much evidence, claiming computers used by bid staffers were leased and later destroyed.
Last Update: Jun 17, 2015 12:48 pm