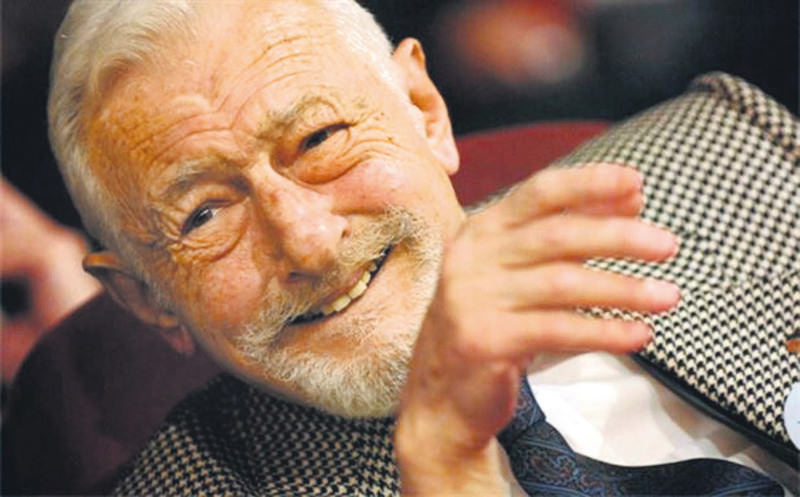 After President Seba left Beşiktaş, a lack of stability has ruined the club. While Seba worked with nine football coaches during his 16 years there, his successors Serdar Bilgili, Yıldırım Demirören and Fikret Orman worked with 15 different coaches in 15 years

Having become president of Beşiktaş on April 1, 1984, and continuing his duty until 2000, Süleyman Seba generally preferred to work with foreign coaches. When Seba became president, Ziya Taner was the coach of the club. Working with Ziya Taner for two months, Seba handed the team over to Bosnian coach Branko Stankovic before eventually hiring Serbian coach Milos Milutinovic. After Stankovic and Milutinovic, Englishman Gordon Milne and German Christoph Daum became coaches of the team. Choosing the team's former goalkeeper as the new coach for one season after Daum, Seba completed his presidency with a further three foreign coaches. Welshman John Toshack, Germans Karl Heinz Feldkamp and Hans Peter Briegel became the last three coaches whom Seba worked with.

Seba worked with the team's coaches for a longer time compared to the three presidents that came after him and he achieved great stability by holding onto former Leicester City manager Gordon Milne as the team coach for six years from 1987 to 1993. Beşiktaş won five championships during the presidency of Seba who worked with eight different coaches after Ziya Taner.

Serdar Bilgili, Yıldırım Demirören and Fikret Orman became president of the Black and Whites after Süleyman Seba. Three presidents, who left Seba behind in terms of the number of coaches hired, worked with 15 different coaches within 15 years.

during their presidency periods. In other words, three of the 15 coaches worked with two different presidents at Beşiktaş. While Bilgili worked with four coaches, Demirören worked with nine coaches. As for the current president Fikret Orman, he has worked with five coaches including Şenol Güneş. The experienced football manager Güneş has taken the coaching job immediately following the Spor Toto Super League 2014-2015 season.

Bilgili, Demirören and Orman worked with coaches from various European countries besides Turkish coaches. During the presidency terms of these three presidents, the team has been coached by six Turkish, three German, one Italian, one Romanian, one Spanish, one French, one Portuguese and one Croatian coach.

Working with more coaches compared to Seba, the three presidents could only win two championships. Beşiktaş became champion two times in total during the presidency of Bilgili and Demirören.

Becoming the team president between 2000-2004 after Seba, Serdar Bilgili worked with Hans Peter Briegel at first. Separating with the German manager at the end of the season, Bilgili gave the duty to three different coaches. Although he started to work with Italian Nevio Scala after Briegel, Bilgili continued down the road with Daum. Working with Daum for a short time, Bilgili chased success with Mircea Lucescu in the last period of his presidency. Beşiktaş won the league title in 2002-2003 in the 100th year anniversary of the club with Lucescu.

Demirören became the team president after Bilgili and he created attention with his hot trigger. Finishing the season with Lucescu, Demirören worked with Vicente Del Bosque, Rıza Çalımbay, Jean Tigana, Ertuğrul Sağlam, Mustafa Denizli, Bernd Schuster, Tayfur Havutçu and Carlos Carvalhal during his presidency between 2004-2012. Beşiktaş raised the league championship with Mustafa Denizli in 2008-2009 during the presidency of Demirören.

The current president of Beşiktaş Fikret Orman hasn't managed to bring stability to the club. Orman worked with then-coach Carlos Carvalhal for a while when he took over the presidency from Demirören but he assigned Tayfur Havutçu as the team coach before the season ended. Orman didn't continue down the road with Havutçu in the new season. He chose Samet Aybaba as

the new coach and spent one season with Aybaba. The coach whom Orman was able to work with the longest was the Croatian manager Slaven Bilic. Holding Bilic as the team coach for two seasons, Orman hired with Şenol Güneş a week ago. Şenol Güneş became the 15th team coach of the Black Eagles, replacing Bilic, during the period of the three presidents. Güneş is the fifth coach during the presidency of Fikret Orman.
Last Update: Jun 18, 2015 10:44 pm
RELATED TOPICS