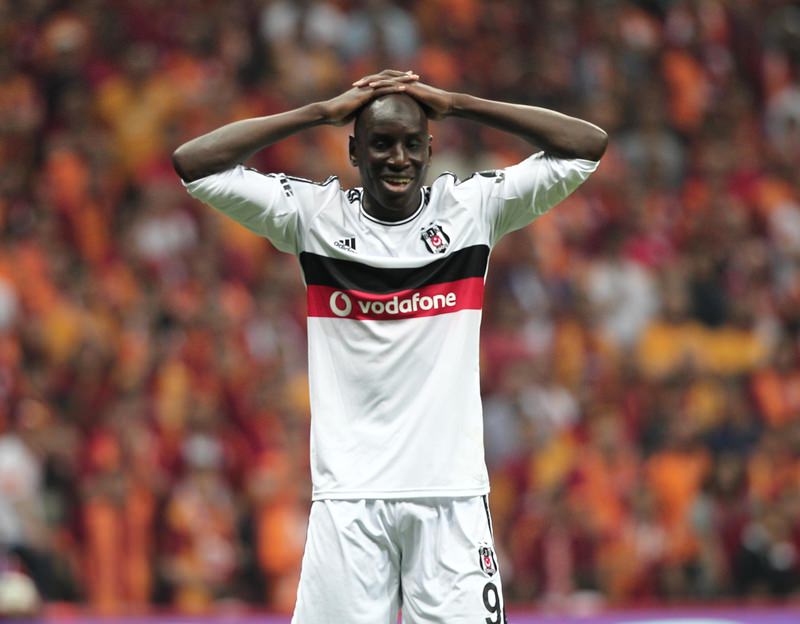 by Daily Sabah Jun 19, 2015 12:00 am
Beşiktaş's Senegalese striker Demba Ba, 30, said in a statement to World Soccer Magazine that it was a mistake to leave Chelsea and come to Turkey last season. He has received offers from the U.K. and may return to the Premier League, as well as being in touch with clubs in Asia. In his statement, he said that he is open to transfer proposals and can leave Turkey. Ba had a career season last year with 27 goals in 44 matches, marking the best period of his career.

His performance won the attention of many clubs across the world. Ba said Turkish fans are very enthusiastic and create an amazing atmosphere. "However, the quality of Turkish league is far from the Premiere League. It is not a secret. Leaving Chelsea last season was not a good decision for me, but that's life and such things can happen. I am only 30 years old and living the golden age of my career. I can return to the Premier League," he said. Ba said certain English clubs are interested in him. "We do not know what will happen in following days," he said. The Senegalese star was transferred to Beşiktaş for 6 million euros. His contract with Beşiktaş is valid until 2018. Beşiktaş pays him about 3 million euros annually.
Last Update: Jun 19, 2015 11:53 pm
RELATED TOPICS