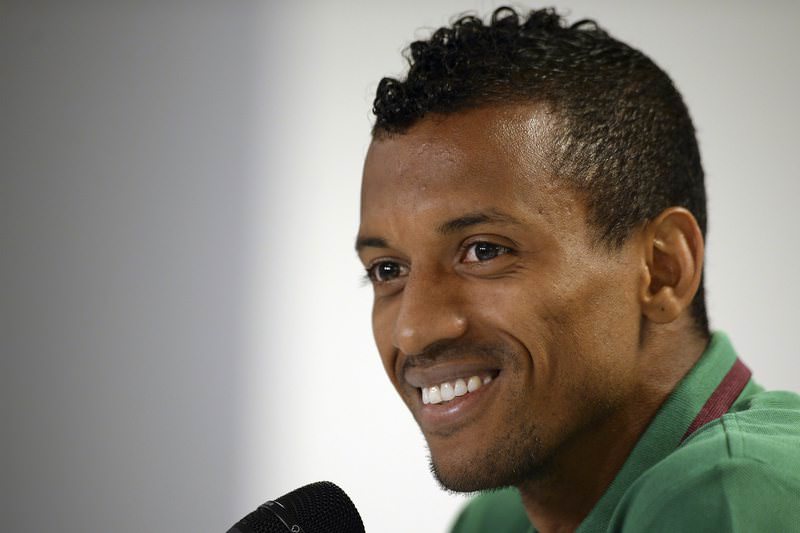 by Daily Sabah Jun 21, 2015 12:00 am
Fenerbahçe have been able to get over the disappointment of missing out on a 20th league title and fourth star after the imminent signing of Portuguese star Nani. After they signed Lille's Danish star Simon Kjaer last week, Fenerbahçe have exploded another new transfer bomb. Manchester United wide-man Nani is closing in on a deal to sign for Super League side Fenerbahçe. Nani's agent is in Istanbul to finalize a move to Fenerbahçe, according to reports in Turkey.

The 28-year-old Portuguese international spent last term on loan at Sporting Lisbon, which acted as an effective shop window for the Old Trafford star's services. Fenerbahçe have made a $9 million bid for Nani and are said to have reached an agreement with the player in terms of his contract. The Istanbul-based side will hand Nani a four-year deal worth $4.5 million per season. Nani moved to Manchester United in 2007 and after initially playing second fiddle to fellow countryman Cristiano Ronaldo the speedy attacker came into his own in the 2010/11 season, during which he finished the campaign as the Premier League's leading assist-maker, though he was dropped from Sir Alex Ferguson's starting 11 for the Champions League final against Barcelona and his career at the club has stuttered ever since.

After the arrival of Memphis Depay and the resurgence of Ashley Young, the 28-year-old would certainly find it hard to get much playing time at United next season.

After a promising start to his United career, Nani slowly faded and never seemed to grow into the player United fans thought they would see.

Despite some huge moments, such as an injury-time winner against Manchester City and a penalty in Moscow, Nani never fulfilled his potential at United.

As the Reds look to push toward a title charge next season, Louis Van Gaal should be tempted to get rid of players who he won't be using and Nani falls into that bracket.
Last Update: Jun 21, 2015 9:45 pm
RELATED TOPICS