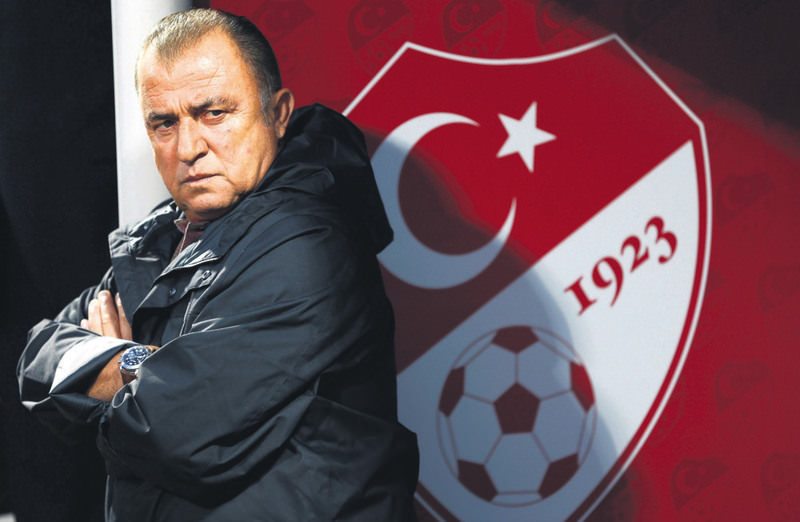 by Arda Alan Işık Jun 23, 2015 12:00 am
As the Turkish national football team goes downwards and support for the executives in the federation is at a record low, Turkish football stands at a pivot point. Every struggle brings difference and how Turkish football is going to leave this catastrophic era is going to be determined by the decisions we make now. Just like Neo in the famous Matrix series, we need to make a choice. On the blue side, there is Fatih Terim, who is like the creator of the Matrix; old, traditional and expensive. On the red side, there is Şenol Güneş, like Neo, humble, innovative and focuses on youth. Terim, who has always focused on making executives and, essentially, businessmen happy, has a much more charming style for Turkish football executives. It is not by chance that he has managed the Turkish national team several times in just a decade. However, the world is not Fatih Terim's world anymore; the Soviet Union collapsed, the Bush family took a long vacation and people started to ask questions like: "Why can't our team even beat Kazakhstan easily?"

Firstly, Terim's quasi-North Korea tradition has no transparency and is based on the unfortunate fact that football is still being played as if it were the 1970s. Well, 40 years ago football was 10 or 20 times slower than today and teams did not have various strategies, the side that had more talented players usually won. Nevertheless, today the situation is rather different, even the least talented teams can be extremely dangerous if they use the right strategies and tactics. Now the point is, today's coaches are more important than they used to be. Players do not both create and execute the plan at the same time, the former is the coach's duty right now.

However, Terim still insists on a partly organized football rather than a fully formed strategy. What I mean by partly is that Terim puts players in their so-called best positions and hopes for the best. Unfortunately, as basic physics shows us, if you do not connect the dots you cannot expect them to work together properly. You need to draw the sketch of the strategy first and then let your players fill in the blanks with their individual skills. Of course, a game plan that is completely organized beforehand and executed with the same perfection is impossible, there is always space for the moment in football. But the thing is, if you let that moment do all of your work, then there is a problem.

Here is where Şenol Güneş comes in. He is the equivalent of what I am talking about. At Trabzonspor and Bursaspor, he created a self-sufficient team and raised new generations. He always had a plan in mind and because he imagined his players in a context, he gave meaning to them. Burak Yılmaz, Selçuk İnan, Umut Bulut, Fernandao, Ozan Tufan and others. Those players found their real potential with Güneş and other coaches like Fatih Terim used these players with Güneş's world of imagination. For instance, Terim put Selçuk İnan in the middle as a playmaker because that was part of Güneş's plan at Trabzon and it worked. The same applies for Burak Yılmaz and Umut Bulut.

However, essentially the difference between Fatih Terim and Şenol Güneş is represented with this question: Short-term, low quality success with imported goods or long-term, high quality success with local materials. Güneş could be the pioneer of modern Turkish football, or we might see Terim and his friends turning it into the Third Reich.
RELATED TOPICS