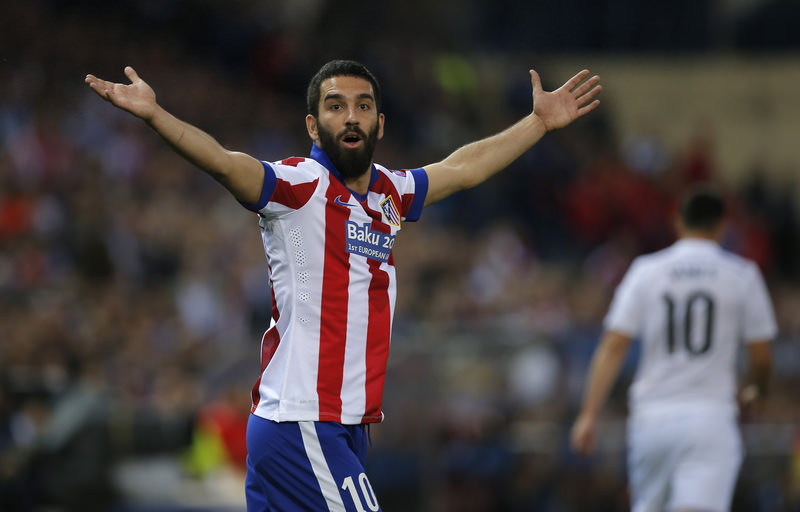 by Daily Sabah Jun 24, 2015 12:00 am
Atletico Madrid's midfielder Arda Turan wants a move to the Premier League this summer and has three offers from top English clubs, according to his agent. The Turkey international has two years left on his contract with the Spanish club and has been strongly linked with a move away from the Vicente Calderón stadium this summer. "His intention is to leave Spain this summer," Turan's agent Ahmet Bulut told the Spanish sports newspaper AS. "His will is to leave and to play in the Premier League, that is the path he would like to take to continue his career.

"We are currently in talks with three teams but I cannot reveal the names of the clubs. However, I can tell you that they are the best in England and in European football."

Turan, who joined Atletico in the summer of 2011 from Galatasaray from 12 million euros, helped the Rojiblancos win the Copa del Rey three years ago and La Liga title during the 2013-14 campaign. The 28-year-old scored two goals and set up four more in 32 Primera Division appearances to help Atletico finish third in La Liga last season. Turan is also a target of Milan and Paris Saint-Germain. "It's true that Milan and PSG are two of the six teams that are interested in him," Bulut said. "But the Italian team is not among our options because they will not play in the Champions League next season. PSG is a possibility although Arda always has the desire to play in England."
Last Update: Jun 24, 2015 8:30 pm
RELATED TOPICS