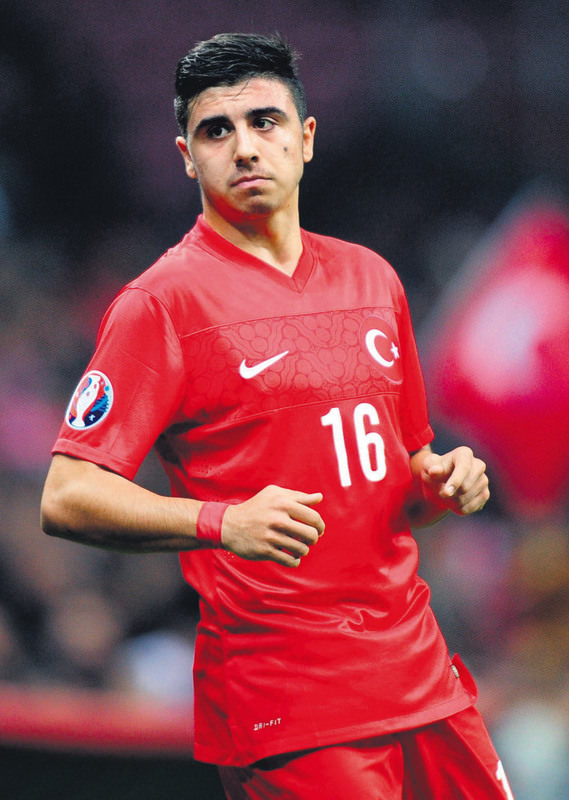 by Arda Alan Işık
Jun 30, 2015 12:00 am
Turkey is not a very productive country when it comes to raising young football players, but sometimes a few kids pop up and represent Turkey at the highest levels of football. Given our football industry's inability to produce a lot of talented players, we should take care of these kids well and make sure European teams notice them. Unfortunately, but not surprisingly, Arda Turan is the only player who represents Turkey at the highest level of football right now. Nevertheless, a lot of players as talented as Arda Turan are lost before they can shine because of Turkish football's administrative and economic problems. Thus, in the long term, we should focus on transforming our football system in order to raise new generations. But in the short term, here is my list for all fellow scouts out there.

Firstly, my favorite, Ozan Tufan deserves considerable credit for Bursaspor's success this year. He has really smooth and talented feet and his vision is wider and brighter than almost all the players in the Turkish league who plays in his position. However, given the fact that Tufan's advantages come from his vision and technique, the style of his coach is important. Physically powerful players usually find a place in almost every team, their role does not demand a high level of coach creativity. But players like Tufan require an organized, superior mind in order to be effective. In an offensive and organized context, Tufan can bring a noticeable amount of diversity to offensive organizations. Şenol Güneş, for example, used Tufan as a main engine for his game plan, all attacks were shaped by Tufan and whenever it went slower or faster than it should, Tufan was the stabilizer for the game. Thus, he should be the new Xavi for Barcelona or the new Andrea Pirlo for Juventus.

Secondly, Oğuzhan Özyakup from Beşiktaş has much to offer, despite wasting his talent under both Slaven Bilic and Samet Aybaba. Both coaches did not understand what Özyakup could do and used him for simple tasks like searching for a through ball around the penalty box or making meaningless passes. Nonetheless, just like Ozan Tufan, he could be very useful in a well-built strategy. Thus, this year could be Oğuzhan's year now he has teamed up with Şenol Güneş. In Bursa, Güneş used Tufan to shape his offence, and now Oğuzhan is the most suitable player for this job. On the other hand, he was as responsible as his coaches for his poor form. He has never been a physically powerful player but he barely walks on the pitch. If he can focus solely on football and listen to Şenol Güneş, he may create a new career for himself.

The bronze medal, on the other hand, goes to Trabzonspor winger Yusuf Erdoğan. He is a typical wing player, but his physical features make him different from his fellow wingers. Erdoğan is extremely fast when dribbling and he can penetrate strict defenses easily. Different from Oğuzhan and Ozan, he does not have unique vision or an extraordinarily creative mind, but he can be lethal when a creative mind gives the ball to him at the right time. Added to that, Trabzonspor coach Ersun Yanal sometimes used him as a defensive player and he was not bad. However, if he can add some defensive skills to his already effective offensive skills, he may make himself an unique player.
Last Update: Jun 30, 2015 9:34 pm