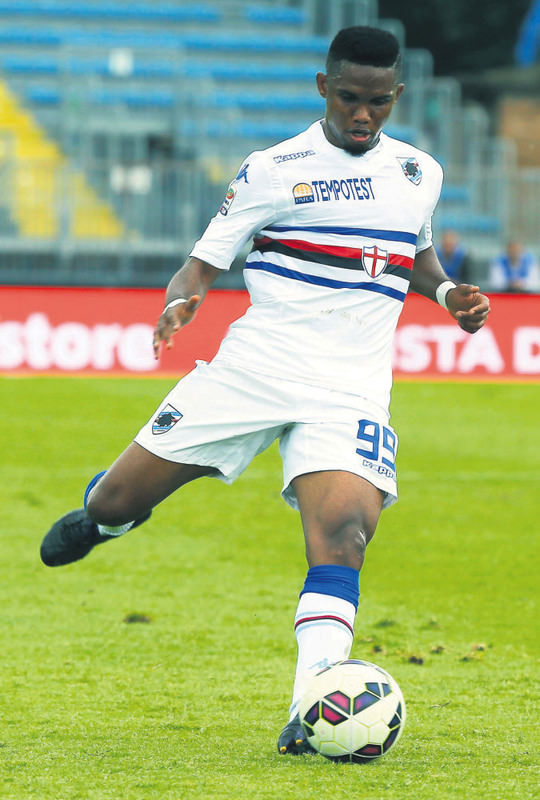 Since the first transfer and registration period started on June 9, 20 out of the 39 transferred footballers are aged 28 and older. The oldest footballer is Cameroonian Samuel Eto'o, 34

While there have been 39 transfers in the Spor Toto Super League before the 2015-2016 season has even started, over half of the 39 transferred players are 28 and older. Fifteen out of the 18 clubs in the Super League have transferred at least one footballer in the transfer period. Whereas Kasımpaşa and Kayserispor haven't signed any transfer agreements yet, Mersin İdmanyurdu are unable to sign anyone due to its transfer ban.

Since the first transfer and registration period started on June 9, the curious pattern of transferring older players has emerged, particularly those in their prime. Twenty out of the 39 transferred footballers are aged 28 and older. While there are eight footballers who are aged 30 and older, while the number of those who are under 25 years old is also eight.

The oldest footballer who has been transferred in this period is Cameroonian Samuel Eto'o who was born in 1981 and signed a three-year contract with Antalyaspor while Emre Can Atila, 19, became the youngest player to move after he joined Torku Konyaspor.

The oldest five footballers who were transferred in this period are as follows: Samuel Eto aged 34 to Antalyaspor, Charles Itandje aged 33 to Çaykur Rizespor, Bilal Kısa aged 32 to Galatasaray, Tomas Sivok aged 32 to Bursaspor and Emre Güngör aged 31 to Eskişehirspor. The youngest five footballers who transferred in this period are as follows: Emre Can Atilla aged 19 to Torku Konyaspor, Gökhan Akkan aged 20 to Çaykur Rizespor, Musa Çağıran aged 23 to Osmanlıspor, Engin Bekdemir aged 23 to Eskişehirspor and Orhan Gülle aged 23 to Medicana Sivasspor.

After Antalyaspor transferred Eto'o, all eyes are on which strikers teams will sign going into the season. Teams are expected to make significant reinforcements especially to the offensive line after the quota of foreign footballers increased to 14. Besides Antalyaspor, there has been two teams transferring center-forwards. While Fenerbahçe signed a contract with Brazilian footballer Jose Fernandao, who completed the rest of the season in Bursaspor, Istanbul Başakşehir agreed to sign Albanian Sokol Cikalleshi.In the Spor Toto Super League, clubs have transferred 145 center-forward players in the last five seasons. Super League teams transferred 33 goalscorers in the 2010-2011 season, 31 in the 2011-2012 season, 28 in the 2012-2013 season, 27 in the 2013-2014 season and 26 in the remaining season. While 81 of these footballers were aged 28 and older, the number of those who were under 25 years old was 35.

Here are the transfers and the footballers' ages ahead of 2015-16 season of Super League: