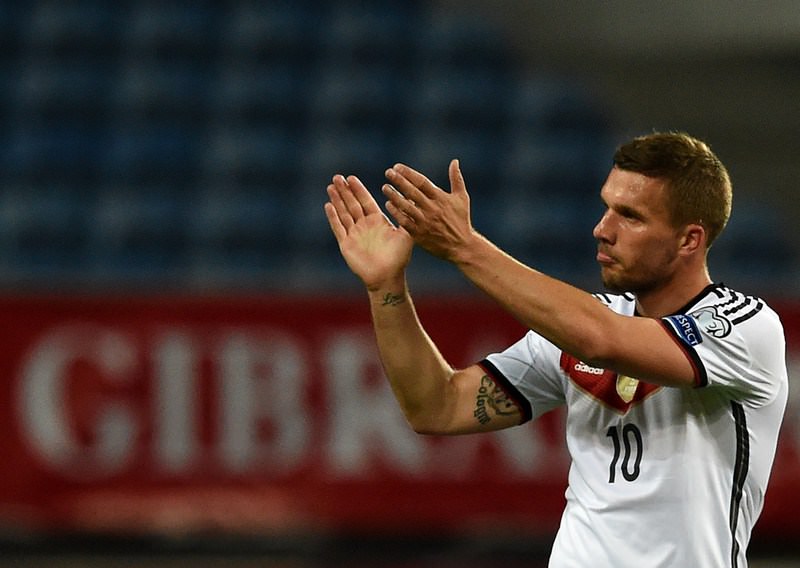 by Daily Sabah Jul 04, 2015 12:00 am
German forward Lukas Podolski joined the ranks of Turkish champion Galatasaray through a signing ceremony on Saturday.

Podolski will receive four million euros from Galatasaray for a period of three years.

Galatasaray sporting director Cüneyt Tanman earlier held talks with Podolski about the transfer in Turkey's Mediterranean resort city of Antalya, where the Arsenal player was having a vacation with his family.

The 30-year-old forward, who barely played in Arsenal under coach Arsène Wenger in the last season, has been linked with the Istanbul team as his agent Nassim Touihri said that Arsenal's coach Wenger would allow Podolski to leave the team.

The German player had already announced that he was interested in the offer as he told Turkish broadcaster NTV Sport: "If an offer comes from Turkey, I will sit down and talk about it with my family and girlfriend."