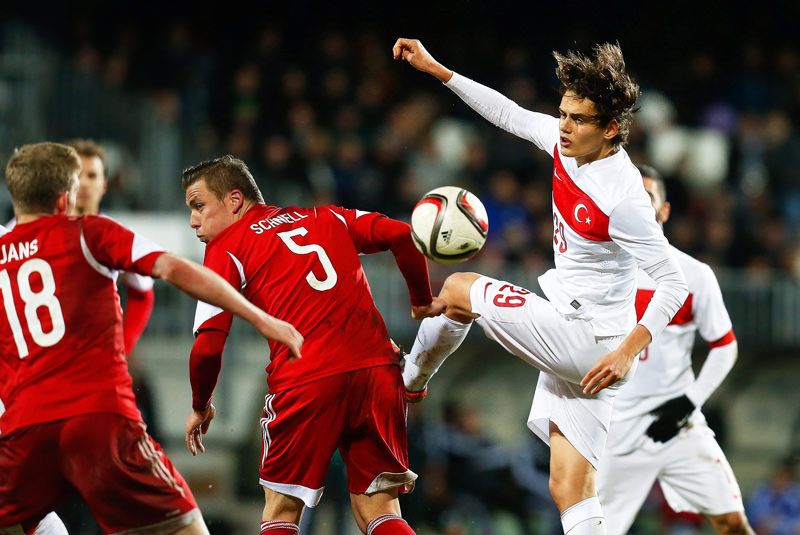 British media stated that Manchester City purchased Enes from Bursaspor for £2 million ($3.1 million). It is reported that the Turkish international will join his new team in their pre-season preparations in Australia.

Ünal was the only Turkish player to make a '40 promising footballers' list compiled by British newspaper The Guardian in October last year. The Turkish youngster scored one goal in 18 Super League matches last season.

Recep Bölükbaşı, Chairman of Ünal's current club Bursaspor, had stated ithat they have reached an important point in negotiations on Ünal's transfer to Manchester City, who was scouted by many European clubs since he was 16.

Bölükbaşı said Bursaspor will receive around three million euros from Ünal's transfer, and a 10 percent share from his next sale.

Pointing out to the importance of their youth setup division, Bölükbaşı said that Ünal's transfer to City shows the current status of their club.

Receiving the title in 2011-12 and 2013-14 seasons, Manchester City were the runners-up in the Premier League in last season.