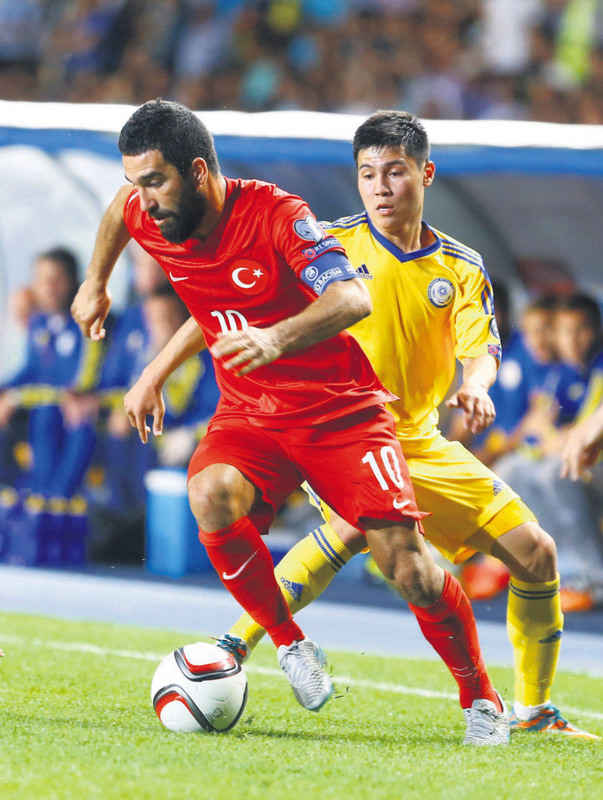 by Daily Sabah with Wires Jul 09, 2015 12:00 am
Turkish football has showed remarkable improvement in the FIFA/Coca-Cola World Rankings, climbing nine spots to 48th place. Turkey defeated Bulgaria 4-0 in a friendly game and Kazakhstan 1-0 in Euro 2015 qualifying match last month. Turkey raised its point to 627. Argentina have moved to the top in the FIFA rankings for the first time in seven years despite being beaten by Chile in the Copa America final. Argentina lost on penalties in Santiago on Saturday but Gerardo Martino's side rose two places to top the rankings a year after losing to Germany in the 2014 World Cup final. Chile's victory moved them up eight spots to 11th. Argentina's rise to the top means Germany and Belgium each drop a place to second and third respectively. Following a string of solid results, Wales have risen to their highest ever world ranking of 10th, earning them a Pot 1 seeding in UEFA's 2018 World Cup qualifiers draw held later this month. A 1-0 win over Belgium in Euro 2016 qualifying last month moved Chris Coleman's side to the top of Group B on 14 points from six matches. England moved up to ninth, one place behind Romania.