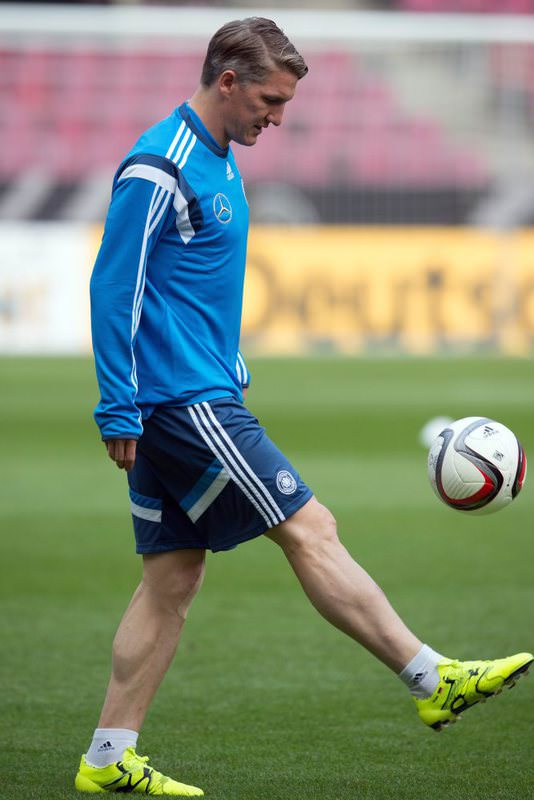 by Jul 12, 2015 12:00 am
Manchester United announced Saturday they've agreed with Bayern Munich over the transfer of Germany captain Bastian Schweinsteiger.

The move reunites the midfielder with his coach at the Bundesliga champions from 2009 to 2011.

It got the Red Devils back into the Champions League (play-offs) but was still below the expectations of the 20-time English titleholders.

And although they begin a tour of the U.S. on Monday, more moves are likely before the new season kicks off next month.

"Buying and selling is a process," van Gaal told a press conference Friday. "We are in a process that lasts until 1 September.

"Manchester United shall not buy (for the sake of buying), I want to develop players. But sometimes you have to buy.

"When you buy it has to be better than what you have."

The 30-year-old won the Champions League, a record eight Bundesliga titles and a record seven German Cups during his time at Bayern - topped by the 2013 title treble. He's also been capped 111 times by Germany, highlighted by last year's World Cup title in Brazil, and was named captain after Philipp Lahm retired from international football.

"Basti is an outright leader and a world-class player who can make his mark on any team, and he definitely will at Manchester United," Germany coach Joachim Loew said Saturday. "He also knows Louis van Gaal, who will have definitely wanted to sign him, so the signs look good from the start.

"I'm convinced that Basti will be successful in his new venture in the Premier League - I know that he still has great ambition.

"He'll take on this new challenge in England just as we have known him: with commitment and motivation."

Schweinsteiger was a key player in the Bayern defensive midfield under van Gaal. He suffered from injury in recent years and fell out of favour with current Bayern boss Pep Guardiola, who had an abundance of midfielders.

"I can understand why Basti wanted to add a chapter in the Premier League to his already fantastic career," Germany general manager Oliver Bierhoff said. "Manchester United, like Bayern, is a club with worldwide appeal.

"The fact that Basti is willing to make this change shows his drive, and that he still wants to achieve great things."
Last Update: Jul 12, 2015 10:23 pm
RELATED TOPICS