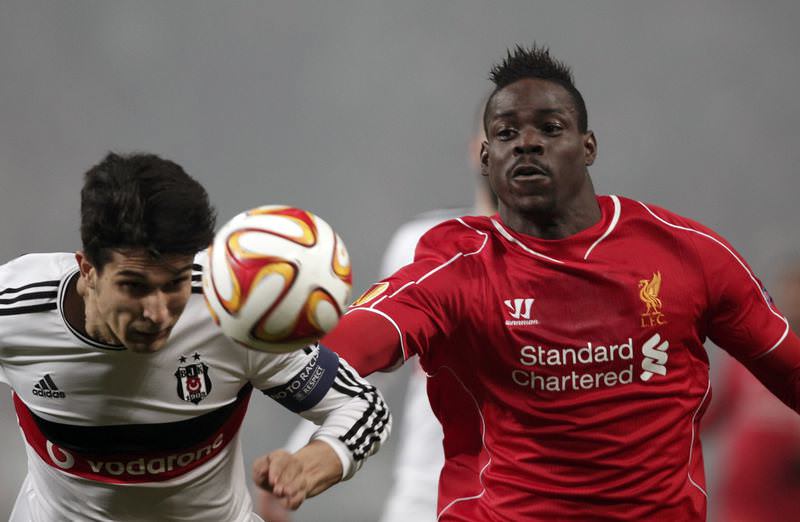 Turkish giant Beşiktaş has a reputation for their drumbeater fans that are the world's loudest soccer fans, with a record-breaking 141 decibels. Ardent Beşiktaş fans also like ardent footballers. In particular, French striker Pascal Nouma used to have so many Beşiktaş fans that liked him for his hot-tempered ways on the pitch. So this season Beşiktaş fans may have new hot-tempered and wayward stars such as Ricardo Quaresma, their former Portuguese star, and world-famous Italian striker Mario Balotelli.

Following their archrivals' flashy transfers, Robin Van Persie and Lucas Podolski, Beşiktaş is negotiating to transfer Quaresma and Balotelli. Beşiktaş President Fikret Orman met Balotelli's manager in London last week. According to Claudio Onofri from Sky Sport, Orman said he aimed to transfer a star to overshadow Fenerbahçe and Galatasaray's new stars, such as Van Persie, Podolski and Nani. Onofrio also alleged that Orman was doubtful about Balotelli's problematic behaviors, but he was convinced by his manager.

Portuguese winger Ricardo Quaresma is on the verge of returning to Beşiktaş where he played for two seasons between 2010 and 2012, according to the Turkish press.

The expectation for a permanent move has grown since the dynamic winger met with club President Orman in London. In a press conference on Saturday, Orman stated that the player wants to return and would be warmly welcomed, but added that the wages the player expected would be too much for the club.

"If he makes a sacrifice, why not?" stated Orman, adding that the 1.3 million euros Quaresma makes in Porto would simply be too much for Beşiktaş's budget. "We cannot act according to the sentiments we feel. We have to take into consideration the principles and means of the club."

Quaresma's career got a significant boost last season with FC Porto where he made it to the quarterfinals in the UEFA Champions League before the Portuguese side was eliminated by Bayern Munich. His performance was also topped with a return to the Portuguese national team.

The well-traveled star was a crowd favorite in Beşiktaş in the two seasons he played for the club, scoring 19 goals and registering 20 assists.

Although they are accepted as high-class players, both Balotelli and Quaresma have a reputation for not being hard-working, having no discipline and being hot-tempered.

Quaresma's career seemed to have hit an all-time-low when he had his Beşiktaş contract ended six months early, at a cost of nearly 1.5 million euros, before signing for Al-Ahli in the UAE Pro League.

Brought in late last summer, Balotelli was signed by Brendan Rodgers as the answer to Liverpool's attacking woes. Signed for 16 million pounds, Liverpool's star Italian turned into one of the biggest flops of last season. The forward failed to make an impact at Anfield, scoring only once in 15 premier league appearances. Spending another season at Liverpool will threaten his chances with the Italian National Team. With the European Championships taking place next summer in France, Balotelli will need to be receiving first team action in order to retain his position as Italy's top striker. With the summer well under way, a new light may have emerged to end Balotelli's Anfield torment.

Former top forward Demba Ba left the club to join Chinese side Shanghai Shenhua in June. With the opening, many believe that Balotelli could end up playing in Istanbul next season. Both players are powerful and good with their heads, making the replacement even better for the club. The Turkish side have also reported to have started talks with Fiorentina for German striker Mario Gomez, and the Italian side may be willing to back down from their 9 million euros price tag and accept a 7 million euros offer for the 30-year-old. The Germany international is viewed as an ideal replacement for Ba.
Last Update: Jul 19, 2015 8:52 pm
RELATED TOPICS