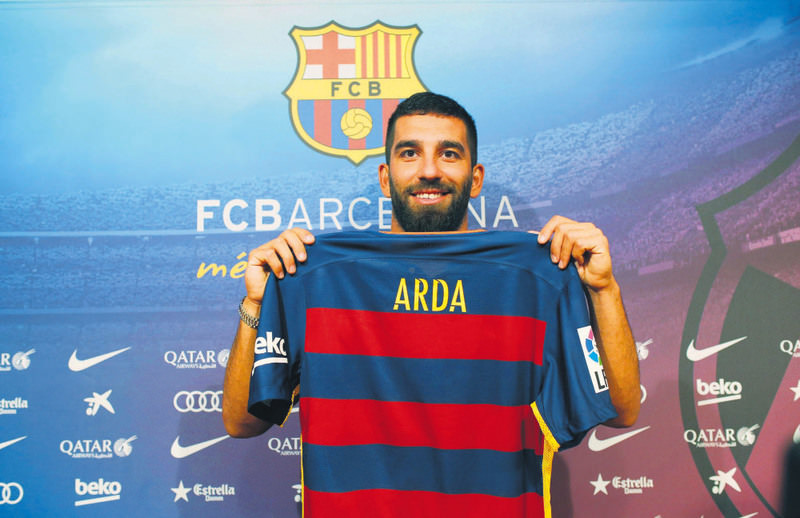 by Mutlu Demirtaştan Jul 22, 2015 12:00 am
European football clubs appear to no longer be willing to pay the incredible transfer fees that have defined the latest era of football as clubs tighten their belts. Signing players for astronomical fees reached its zenith in the football world in the 2000's but they have come to a halt in the last couple of years after UEFA's fair play rules forced football clubs to operate in the black. Real Madrid, the club most synonymous with crazy transfer fees, have been conspicuously quiet this summer in the transfer market following previous record-breaking outlays on Cristiano Ronaldo and Gareth Bale, to name a few.

Besides Real Madrid, Paris Saint-Germain (PSG), who began paying huge transfers after receiving financial support from Qatar, have also been silent this summer. Reigning English Premier League champions Chelsea are another major club known for not being shy with money who have stayed firmly out of the summer's bidding wars.

Real Madrid's biggest transfer this summer set them back the relatively minor sum of 31.5 million euros in the transfer for right back player Danilo Luiz da Silva from Porto. Even though Danilo received a high transfer fee, he is hugely overshadowed by Real Madrid's other transfers made in previous years.

The figures above 90 million euros paid for the transfers of Cristiano Ronaldo and Gareth Bale went down in football history as record transfers. PSG, who rocked the market by transferring important players such as Uruguayan striker Edinson Cavani, Brazilian defenders David Luiz and Thiago Silva at high fees after being bought by Qatar Sports Investments, preferred to enter the new season cautiously in terms of transfers.

Apart from the transfer of Serge Aurier, which was completed before the season ended, German goalkeeper Kevin Trapp was the only player who PSG bought, from Eintracht Frankfurt for 9.5 million euros.

Chelsea, who made their mark on the football landscape after paying astronomical transfer fees following the club's purchase by Roman Abramovich, only spent money on goalkeeper Asmir Begovic before the beginning of the new season. The Blues paid 11 million euros to Stoke City for the transfer of Bosnia-Herzogevinan goalkeeper Begovic, transferred Brazilian youngster Nathan from Atletico Paranaense for 4.5 million euros. The English team also loaned Columbian striker Radamel Falcao from Monaco, a player who didn't meet expectations in his one season with Manchester United last season.

Abu Dhabi-owned Manchester City, who are aiming to make a mark in European football this season, drew attention as they paid a summer-high transfer fee of 62.5 million euros to Liverpool for English winger Raheem Sterling.

Turkish footballer Arda Turan became a name associated with big-money transfers when he signed for Barcelona this summer, a club who that has splurged cash in recent years on Zlatan Ibrahimovic, Luis Suarez and Neymar. Barcelona paid 34 million euros to Atletico Madrid for the transfer of Arda Turan. It was announced that this figure would go up to 41 million euros with bonuses.