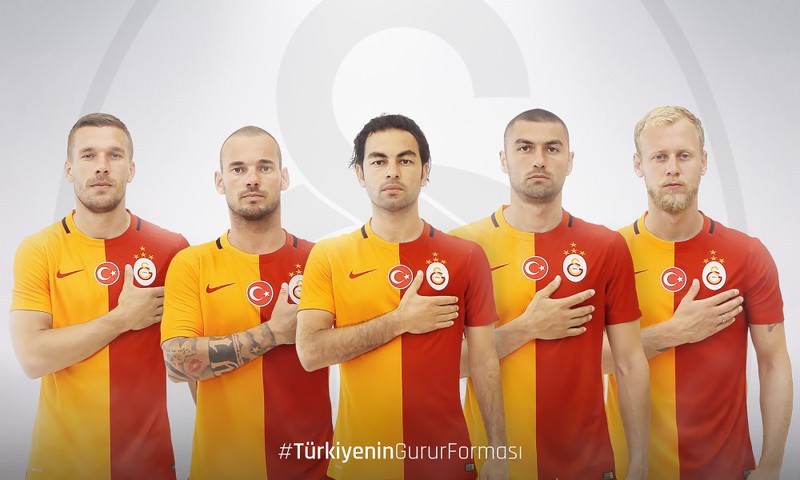 Turkey's two contenders in the Champions League have given hope to their fans ahead of the new season after impressing in pre-season friendlies. Galatasaray won their third consecutive friendly match with a 2-1 win against Spanish side Celta Vigo. Their new star Lucas Podolski decorated his good football with his first goal. The German attracted attention with his electric performance in the game played at the Lind Stadium, Villach, Austria on Wednesday. The other goal for Galatasaray was scored by Emre Çolak from the penalty spot. The penalty was also earned by Podolski. The only goal scored by Celta Vigo came from Iago Aspas in the 60th minute. Wesley Sneijder, Felipe Melo, Burak Yılmaz, Blerim Dzemaili, Selçuk İnan, Aurelien Chedjou and Bilal Kısa watched the game from the bench.

Elsewhere Fenerbahçe, who attracted great attention with their big-money transfers this pre-season, have also been crushing their rivals in friendlies one by one. The navy blue-yellow team have given hope ahead of their Champions League game against Shakhtar Donetsk on July 28.

In the Afyon Summer Football Fest Tournament 2015, Fenerbahçe played their second match against Marseille and beat the French team 3-1 in the Afyon Arena stadium. The goals were scored by Diego Ribas in the 15th minute from a free-kick, Moussa Sow in the 36th minute and Fernandao in 61st minute. Marseille's only goal was scored by Florian Thauvin in the 68th minute. Fenerbahçe beat Greece's reigning champions Olympiakos 3-2 in their first match of the tournament. They will host Shakhtar Donetsk on home soil next Tuesday. Fenerbahçe have won seven of their eight friendly matches and lost only one. They managed to score 22 goals and conceded eight goals in the eight games.

Fenerbahçe's Portuguese coach Vitor Pereira said, "We are ready for the Champions League" in a press conference after the match. Pereira stressed that they proved that they were ready for the Champions League with the good performance and the win. He said, "As you know, we played two consecutive games in two days. I could not expect such a good performance after the game the day before actually. I'm very happy and satisfied with my team after their good performance. I think we played extremely aggressive and qualified football."

"Defense is made as a whole team. So is the attack. We can't put the blame on just a defensive player when we concede a goal. Football is a team sport. If there is a mistake it's the fault of all team. I think the team made progress."

The other Turkish giants Beşiktaş lost their first friendly match against Strum Graz 2-0. Beşiktaş could not prevent Anel Hadzic in the 37th minute and Danijel Klaric's goal in the UPC Arena Stadium in Graz, Austria on Wednesday. Although they started the second half with four substitutions, they could not change the score. The Black Eagles will play another friendly match against French team Lille on Saturday.

Meanwhile, according to the club's statement, Beşiktaş are finalizing the transfer of 31-year-old Ricardo Quaresma as agreed with the player and his club Porto. The Portuguese winger will get a $3.6 million salary for the first two years. In addition, the Turkish club will pay a $1.3 million transfer fee to Porto.

Quaresma has been playing for Porto since January 2014. Last season, he scored 10 goals and produced seven assists in 43 appearances at Porto.

This is Quaresma's second spell in Beşiktaş after he signed for the Black Eagles back in the summer of 2010. He played for Beşiktaş until January 2013, when he moved to the Emirati club Al-Ahli on a free transfer.
Last Update: Jul 23, 2015 11:24 pm
RELATED TOPICS