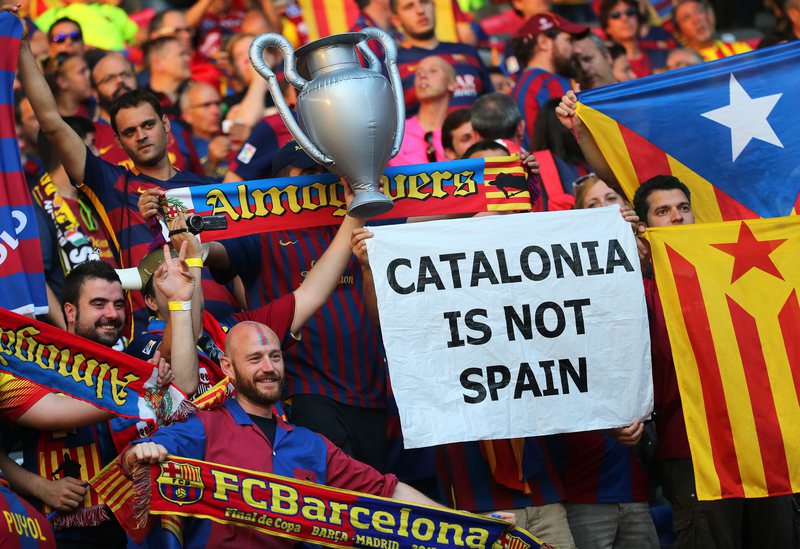 | EPA Photo
by Associated Press Jul 23, 2015 12:00 am
UEFA's disciplinary panel has fined Spain's football giant Barcelona with 30,000 euros for the pro-Catalan banners displayed by fans at the Champions League final.

Fans showed banners supporting independence for the Catalonia region of Spain in the Olympic Stadium in Berlin.

The Barcelona club has been a focus for Catalan regional pride dating back decades.