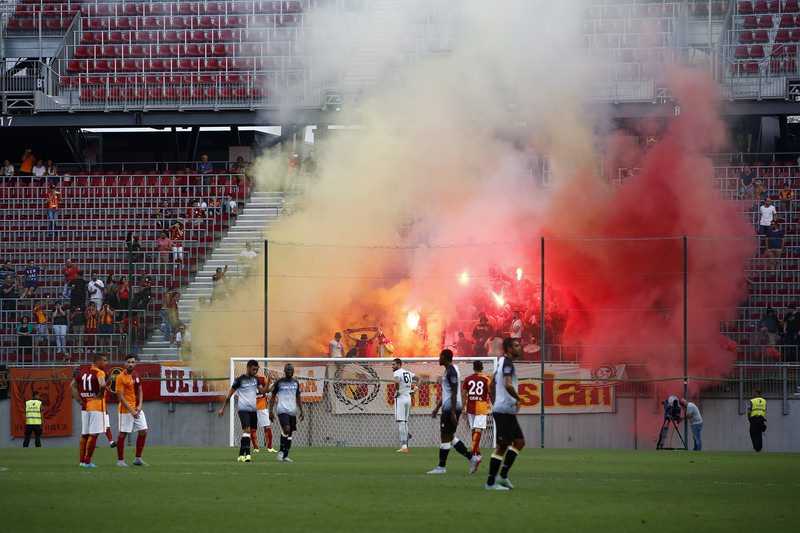 | AA Photo
by Daily Sabah Jul 26, 2015 12:00 am
Galatasaray's friendly with Udinese on Saturday was called off after 35 minutes because some Turkish fans threw flares and fireworks onto the pitch in Austria.
The pre-season friendly fixture between Italy's Udinese and Turkey's Galatasaray had to be abandoned during the first half due to the flares thrown from the Galatasaray supporter side on two separate occasions.

The game was suspended seven minutes into the game after the first flare was thrown onto the playing field. However, as more flares were thrown, the referee Thomas Wieser ordered the players off the pitch around the 35th minute of the game.

Galatasaray's goal-keeper Eray İşcan got hit by a stun grenade in the 34th minute and the referee ordered the players to go to the dressing rooms. After speaking with representatives from both clubs and the referee officially suspended the game.

With the game goalless, loud explosions and smoke engulfed the entire pitch, calling the friendly game off very early.