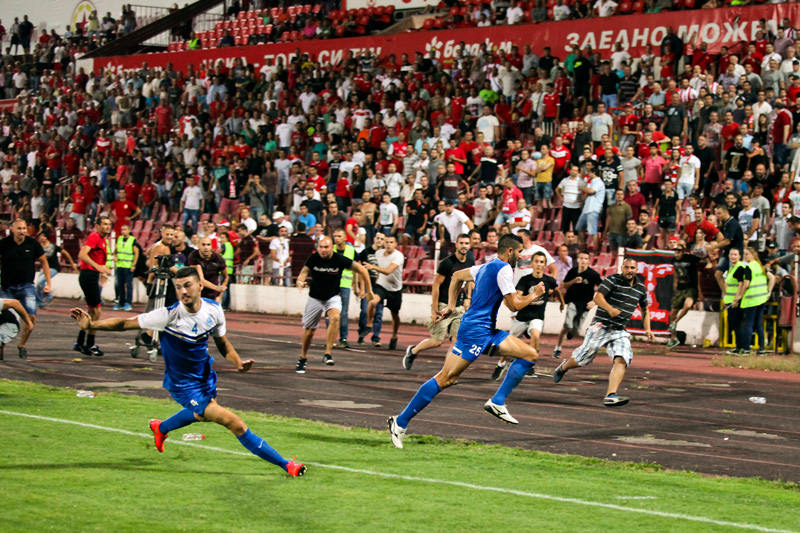 
A friendly soccer match involving Israeli club Ashdod and Bulgarian side CSKA Sofia in Europe turned violent on Monday as angry fans chased players from the Israeli club off the pitch.

Things got chippy in the first minute of stoppage time with Ashdod leading 1–0. After a hard tackle by Ashdod player Niv Zrihen, bottles rained down from the stands and dozens of CSKA fans ran onto the field.

Zrihen was the third Ashdod player to receive a red card but that was not enough to simmer down the angry crowd. Players ran for their lives across the field towards an empty section of the stadium in an attempt to escape the onslaught of angry spectators.

Gadi Kinda being recieved a red card in the 20th minute for complaining to the referee. Nigerian defender Ali Abubakar was also sent off before Zrihen's foul was followed by the pitch invasion.