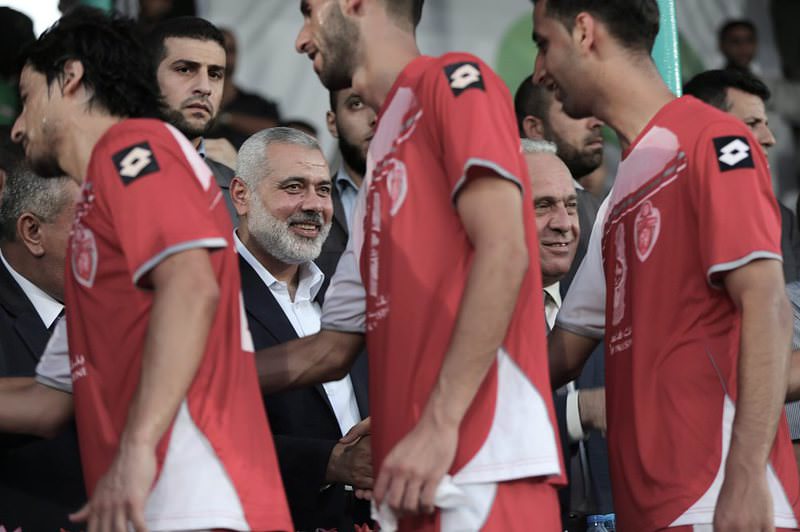 by Anadolu Agency Aug 10, 2015 12:00 am
The Israeli authorities have stopped several players from Gaza's Ittihad al-Shejaiya football team from leaving the Gaza Strip via Israel's Erez border crossing to play a scheduled match in the occupied West Bank.

Ittihad al-Shejaiya are slated to play the final match of the Palestinian Football Cup against West Bank-based football club Ahli al-Khalil on Sunday.

In a Friday statement, Ittihad al-Shejaiya said its members would not leave the blockaded strip until the entire team was allowed out of the coastal territory. Earlier this week, Ahli al-Khalil players entered the Gaza Strip for the first time in 15 years for a scheduled match with Ittihad al-Shejaiya. Due to the Israeli travel hindrances, however, the match - which ended in a goalless draw - was postponed until Thursday.

Thursday's final was the first Palestinian match to be played in the Gaza Strip since 2000, when the Second Intifada - a Palestinian popular uprising - erupted against Israel's decades-long occupation. Although the uprising ended some five years later, the Gaza Strip has continued to groan under a tight Israeli-Egyptian blockade - first imposed in 2007 - that has deprived the enclave's roughly 2 million inhabitants of most basic needs, including food and medicine.
Last Update: Aug 10, 2015 2:15 am
RELATED TOPICS