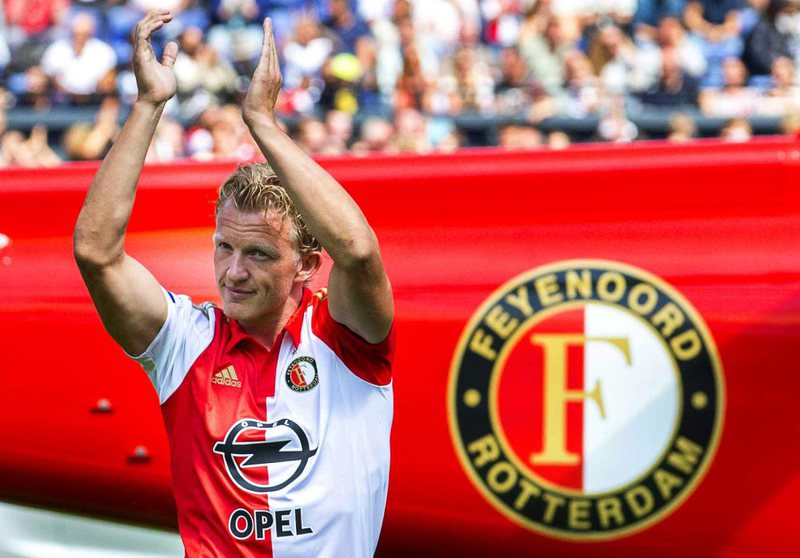 by Aug 10, 2015 12:00 am
Dirk Kuyt scored on his debut as 10-man Feyenoord snatched two late goals to make a winning start to the Dutch league season with a 3-2 home triumph over Utrecht on Saturday. The 35-year-old Kuyt, returning to his home country in the twilight of his career, converted an 80th-minute penalty in his first game back at the club he left in 2006 to join Liverpool.

The goal came four minutes after substitute Tonny Vilhena had restored the lead for Feyenoord whose bright start had threatened to be undone by the sending-off of defender Rick Karsdorp.

Colin Kazım-Richards headed home a free kick after 21 minutes to give new coach Giovanni van Bronkhorst a positive start in his first full season in charge. But Karsdorp got his marching orders early in the second half. Kuyt was shifted to right back as he was for the Netherlands at last year's World Cup in Brazil and Feyenoord were forced on to the back foot as Utrecht took control of the game. French striker Sebastien Haller converted a rebound to equalise for Utrecht but parity lasted only three minutes before Vilhena restored the home side's lead. Haller got a second five minutes into stoppage-time.