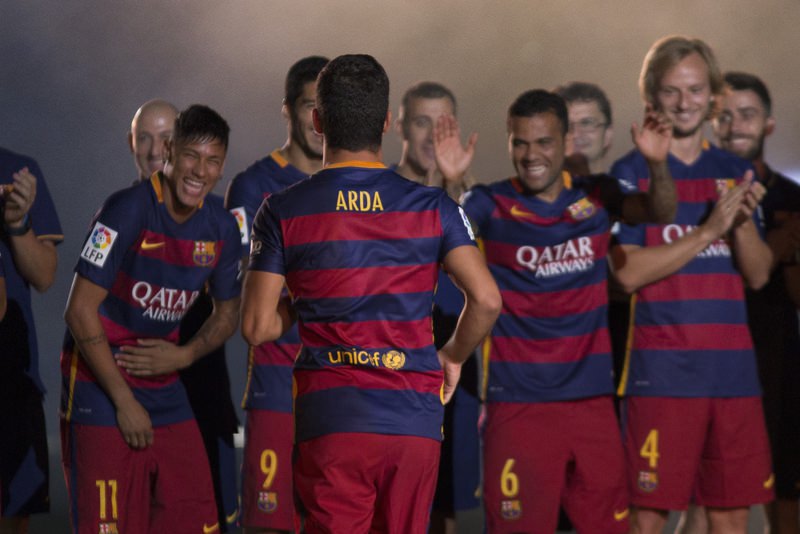 by Aug 11, 2015 12:00 am
Barcelona open their campaign with the chance to build on an impressive trophy haul from last season when they face Sevilla in the UEFA Super Cup in Tbilisi today. However, they will have to do without one of their star triumvirate up front as Brazilian forward Neymar has been ruled out for two weeks after contracting the mumps. The 23-year-old had only just returned to action after a disappointing Copa America, but he and Lionel Messi's presence sparked Barca into life after a bad run of pre-season results as both scored in a 3-0 win over Roma in their final friendly outing last week. Messi will be fit to start alongside Luis Suarez in attack having returned a week early from his summer break after guiding Argentina to the Copa America final.

Manchester United target Pedro Rodriguez is expected to take Neymar's place. Having equaled the club's most successful ever campaign with the treble of La Liga, Copa del Rey and Champions League last season, the Catalans can now repeat the feat of Pep Guardiola's side six years ago that won six trophies in a calendar year by adding both the European and Spanish Super Cups to the Club World Cup. And former Sevilla midfielder Ivan Rakitic insists Barca's hunger for more trophies has not been eased by their success last season. "There is nothing better than starting the season with a title," said the Croatian. "No one has more desire to win than us. We want to continue making history and win all six trophies, but we will go step-by-step." A ban on registering new players means that there will be no new faces in the Barca team despite the signings of Arda Turan from Atletico Madrid and another buy from Sevilla in the form of Aleix Vidal. Their absence has been compensated by the arrival of nine new players including Ukrainian star Yevhen Konoplyanka, but Unai Emery's men have also endured a torrid pre-season and are plagued with injuries. Emery has particular problems at center-back with Nico Pareja definitely ruled out, whilst new recruit Adil Rami, Timothee Kolodziejczak and Daniel Carrico are all doubts.
RELATED TOPICS