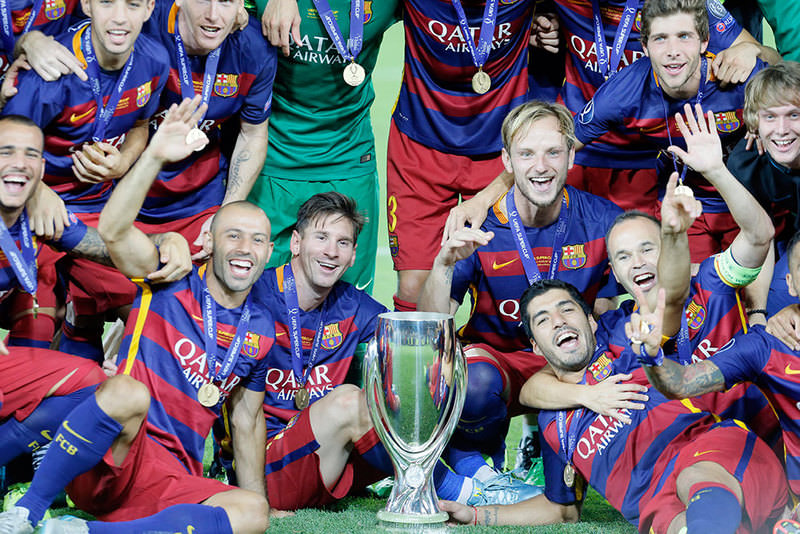 by Compiled from Wire Services Aug 12, 2015 12:00 am
Barcelona added the UEFA Super Cup to their treble win of trophies last season despite blowing a 4-1 lead with a stunning 5-4 win over Sevilla thanks to Pedro Rodriguez's extra time winner.

Two magnificent free-kicks from Lionel Messi plus goals from Rafinha and Luis Suarez looked to have Barca well on course to claim their fourth trophy of the year after Ever Banega had given Sevilla a shock early lead.

However, Jose Antonio Reyes reduced the arrears before a Kevin Gameiro penalty and a debut strike from Yevhen Konoplyanka forced the game into an extra 30 minutes.

Barca weren't to be denied, though, and, in what could be his last game for the club, Pedro pounced on the rebound after Beto had denied Messi his hat-trick.

Pedro had been controversially left out of the starting line-up despite the absence of Neymar due to the mumps as he appears set for a move to Manchester United after Barca technical secretary Robert Fernandez admitted he has asked to leave the club.

"He deserves it," Messi said of Pedro's match-winning contribution.
"The players and the club don't know what he is going to do. It is his decision, but whatever he does we wish him the best."

However Pedro was unclear over whether he wants to leave the club after reacting angrily to comments by Robert Fernandez that he was seeking a move away.

"Robert made some unfortunate comments. We spoke only a few words and he doesn't know what I have lived here in this club to speak that way about me," Pedro told reporters.

"I know that I am and will always be for Barca, people should not doubt that. The response is no [I don't want to go] but it is a complicated situation for a lot of reasons. It is not down to money as has been said and that is disrespectful. It is down to consistency, minutes and I am an ambitious player. Whether I stay or go, I will always follow this team."

Pedro has had limited chances at Barca due to the presence of players like Lionel Messi, Neymar and Luis Suarez, with reports he is close to agreeing a move to Manchester United.

Barcelona are now hoping to build on Tuesday's European Super Cup win by beating underdogs Athletic Bilbao in the Spanish Super Cup, with the first leg to be played Friday in San Mames.